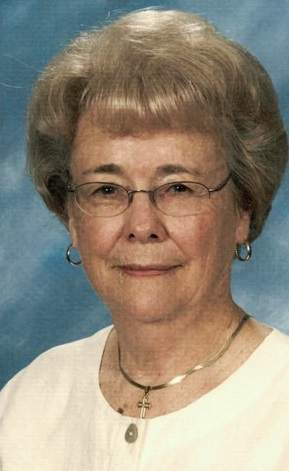 Helen Richmond Vomacka, age 97, passed away in Perham MN, on January 14, 2022 surrounded by family members. Helen was born on January 8, 1925, in Maysville Oklahoma.

During WWII, she met her late husband, Howard Vomacka, while working for Bell Telephone Company at the naval training base in Norman, OK. Howard needed to pay a phone bill and so a lifelong adventure began. After the war ended, she demonstrated her mettle by boarding a bus in 1946 bound for Montevideo, MN to join her future husband and begin a new life as a Northerner. She was married on October 31,1946. Montevideo was her home for the next 73 years. During this time, the couple owned the Family Laundry, later renamed A & H Dry Cleaners and Launderers. In 1963, they purchased Ekberg’s Fashion Store. She played a supporting role in both businesses and had a knack for fashion that continued throughout her lifetime.

Helen had an adventurous spirit, traveling with family and friends. She was active in Montevideo as a member of St. Joseph’s Catholic Church and as a volunteer for several organizations. She enjoyed cooking and baking (especially pies), bridge and bingo, and teaching her grandchildren to play dominoes. She was a gracious hostess to many over the years.

The family is grateful for the exceptional care she received from staff at Northwinds and Prairie Knoll in Perham and from Hospice of the Red River Valley.

A Memorial Service will be held at a later date.

To order memorial trees or send flowers to the family in memory of Helen Vomacka, please visit our flower store.