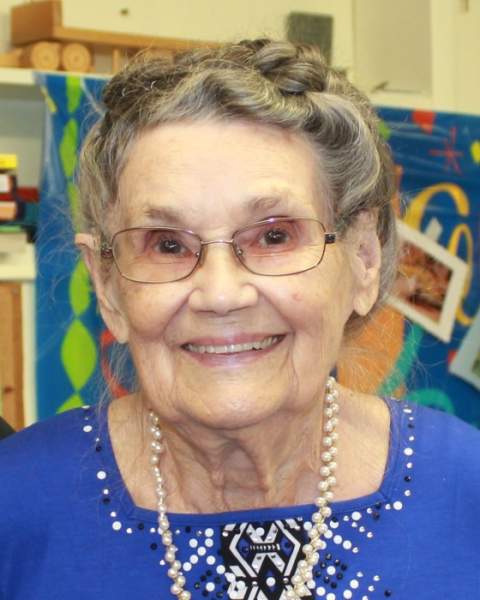 Irene Mae (Kunze) Bucholz, age 93 of Perham, Minnesota, passed away peacefully and went to be with the Lord on December 9, 2018.

During WW2 Irene worked as a welder building aircraft in Fort William, Ontario, before returning to her studies. In her later years Irene also attended Fergus Falls and North Hennepin Community Colleges in Minnesota.

While spending time with relatives in Perham, Irene met and fell in love with Stephen Bucholz, and they married October 20, 1949, in Swift Current, Saskatchewan.

For 35 years Irene and Steve owned and operated the North Side Grocery in Perham and together raised nine children. They retired to their home on Ottertail River.

Over the years some activities enjoyed by Irene included: dancing, sewing, ceramics, riding bicycle, gardening, canning, reading and studying the bible, working on genealogy and collecting antiques and trolls. When a member of St. Stanislaus Church, Irene was active and involved in numerous ministries. Irene always had a positive attitude and was a kind and loving person. She dedicated much of her time to prayer and to spending time with family. She will be greatly missed by all who knew her.

Irene is survived by her children: Annamary (David) Dean of Minnetonka, Eric of Brooklyn Park,

A private memorial service honoring Irene's life will be held on a later date. Interment will be at St. Stanislaus Cemetery.

To order memorial trees or send flowers to the family in memory of Irene Bucholz, please visit our flower store.