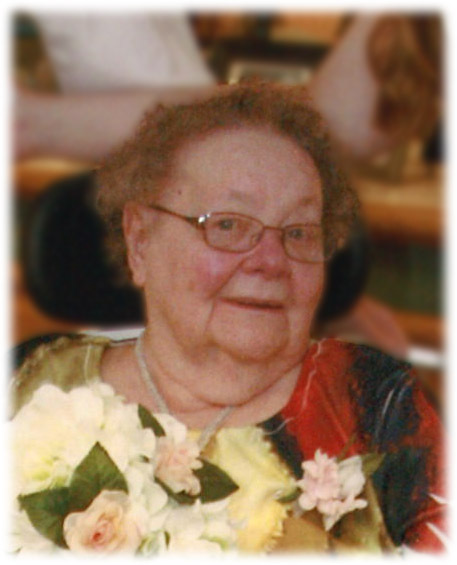 Irene A. Helsene, age 94 of Perham, MN died Monday, October 26, 2015 in Perham Living. A funeral Mass will be held on Saturday, October 31 beginning at 11:00 a.m. at St. Gall Catholic Church in Tintah, MN. Visitation will be held one hour prior to the service at the church. Father Michael Kellogg will officiate. Burial will be held in the church cemetery.

Irene was born April 18, 1921 the daughter of Joseph and Agnes (Koziol) Keller in Tenney, MN. She attended Tintah School through the 12th grade. On December 5, 1939 Irene was united in marriage to Clifford Helsene in Tintah. The couple moved to California where Cliff was a carpenter for the Navy. Around 1968, Irene and Cliff moved to Battle Lake, MN where Irene was employed at the Ottertail Nursing Home. Cliff passed away in 1979 and Irene then moved to Fergus Falls, MN. She later relocated to Perham and moved in to Perham Living in 2006.

Irene was a devoted wife, homemaker and mother. She enjoyed gardening and fishing with sewing being here favorite hobby. She altered clothing for several residents while living in Perham Living.

Preceding Irene in death were her parents; her husband, Clifford; her grandson, Terry; her brother, Louis Keller; and her sisters, Dorothy Michaels, Grace Goergen and Rita Lehman.
To order memorial trees or send flowers to the family in memory of Irene Helsene, please visit our flower store.