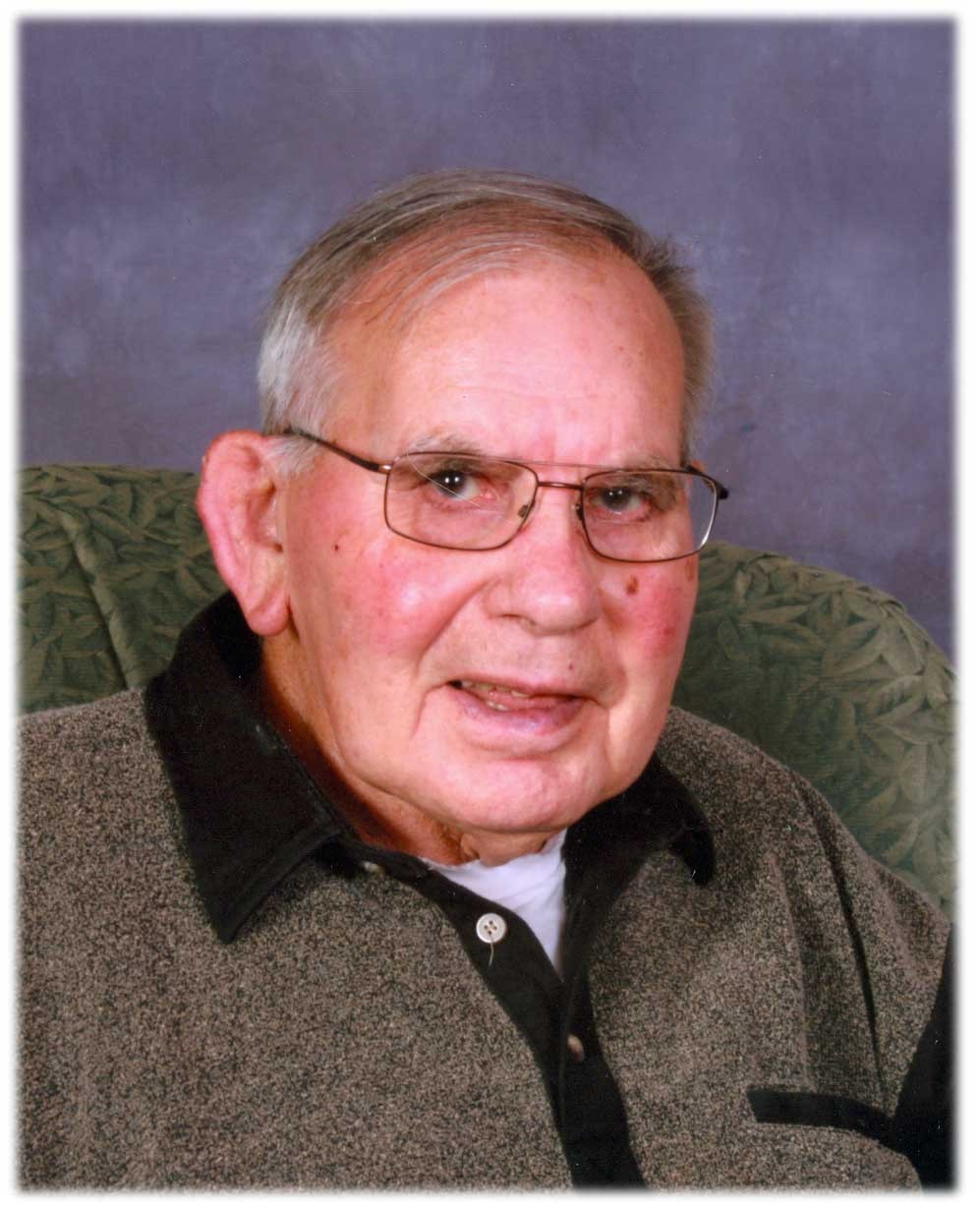 Irvin Charles Klinger was born in Richville, Minnesota on November 10, 1917, to Charles and Rose (Kerben) Klinger. The Klinger family moved to Breckenridge, Minnesota, when Irv was two and he made his home there until 1983 when he and his wife Lovelle moved to Marion Lake near Perham, Minnesota. Irvin graduated from Breckenridge High School where he was a basketball and baseball player.

Following graduation, Irv followed in his father's footsteps and began working for the railroad. This employment was interrupted when Irv joined the Army in January, 1942. He served in several Asiatic-Pacific campaigns and was the recipient of two bronze stars and two Purple Hearts. Irvin was honorably discharged in October, 1945.

Upon his return to the States, Irvin resumed his employment with the Burlington Northern Railroad, becoming an engineer. He worked between Breckenridge and Wahpeton for most of his career, was a union steward for many years, and retired in 1983 after 45 years of employment.

Irvin married Lovelle Johnsrud Tvrdik on March 8, 1981, and often referred to the 16 years they were married as "the best years of my life".

Irv was an outdoorsman and sports enthusiast. He enjoyed hunting, fishing, auction sales and all sports. He followed Minnesota and North Dakota high school and college sports as well as the Twins and Vikings. Attending the Minnesota State High School Hockey Tournament was the highlight of Irv's winter for a great many years. Irvin loved a well-played, hard-fought competition no matter who was playing!

Irvin spent the last ten years of his life at Perham Living, first in Transitions and then as a member of the Prairie Knoll household. He knew everyone and the staff and residents were his extended family. Irv's Memorial Folder
To order memorial trees or send flowers to the family in memory of Irvin Klinger, please visit our flower store.