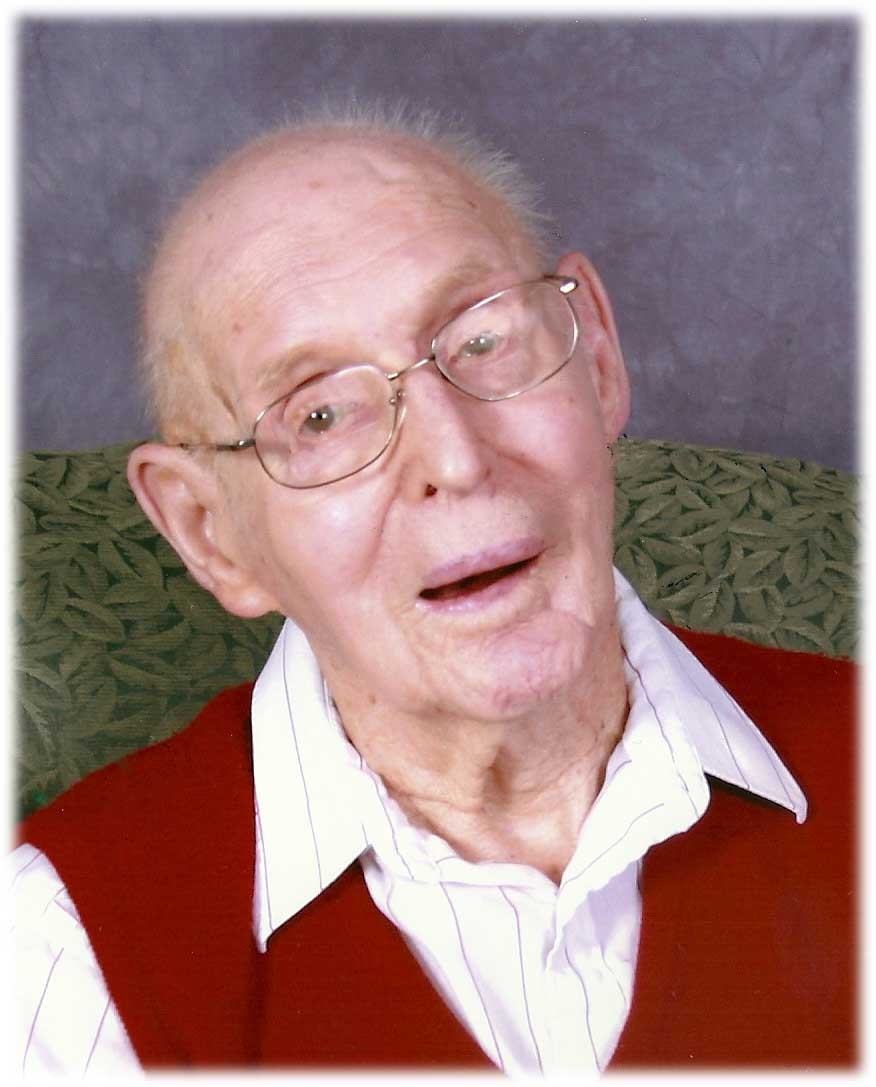 Jake Koelman, age 94, passed away at Perham Living on June 21, 2014. Visitation will be held from 5:00-7:00 PM Tuesday, June 24 at Schoeneberger Funeral Home in Perham. Visitation will continue from noon-1:00 PM, followed by the funeral at 1:00 PM, Wednesday, June 25. Burial will be in the Perham Village Cemetery.

Jake Koelman was born in Rock Rapids, IA on February 27, 1920. When he was three years old, his father died leaving him and his sister, Jenny, with his mother Johanna. Later his mother married John Van Gelder and together they had two daughters, Gertrude and Joanne and two sons, Thomas and Melvin. Jake worked on the family farm until he was 21 and then served four years in the army infantry. After World War II, Jake married Evelyn Cannegieter on September 1, 1945 on the army base in Alabama. He spent most of his life farming. Jake and Evelyn lived in rural Rock Rapids, IA until late 1950 when they moved to Perham. When Jake was 27 years old, he had his first child, a daughter, Dianne. Three years later, Jake had twin sons, Darryl and Robert. Some of Jake's favorite memories of his children were his sons' sports activities and his daughter's music activities. Jake had seven grandchildren and seven great-grandchildren. Of all of Jake's achievements, he was most proud of being a good husband and dad.
To order memorial trees or send flowers to the family in memory of Jake Koelman, please visit our flower store.