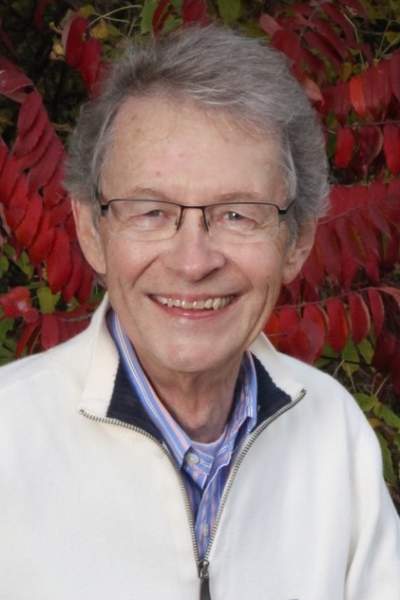 James Anthony Holper, age 78, passed away from complications of Lewy body dementia on Tuesday, October 20, 2020 in Perham Living. Jim was born in Perham, MN on August 24, 1942. He was the first-born child of Anthony and Olive (Huebsch) Holper. He attended St. Henry’s Elementary School and graduated from Perham High School in 1960.

Jim attended NDSU for two years and in 1963 he volunteered for the United States Navy where he was an electronics technician and flew with an anti-submarine squadron. He took great pride in his service to his country. Following his honorable discharge from the Navy in 1966 he completed his bachelor’s degree at the University of Minnesota, Minneapolis.

On September 9, 1967 Jim was united in marriage with Patricia Hemmelgarn, daughter of Bill and Mary Hemmelgarn. Jim and Patsy moved to Southern California where Jim worked for Allstate Insurance.

In 1971, Jim left his employment to attend Southwestern School of Law. He practiced law from 1974 to 2002. He was a member of the California Bar Association, the Orange County Bar Association and active in the Southern California Workers Compensation Defense Attorneys Association. With his sense of fairness and his good word, he gained the respect of his clients and his fellow attorneys. Because of his expertise and knowledge of the law, he often served as a Judge Pro Tem.

In 1980, two young women came to live with Jim and Patsy. Jim became a mentor and father figure to his girls. He was a wonderful Papa to his granddaughter, Darbi.

Jim enjoyed retirement in his hometown. He is a former member of the PACC Board of Directors and the St. James Manor Board of Directors. He delivered Meals by Wheels for many years. In addition to his own volunteer work he joined Patsy in her volunteer commitments both in California and in Perham.

Jim enjoyed the offerings of city life, the serenity of the desert, California beaches after a storm and a starry night on a frozen lake. His best moments were sitting around a dinner table surrounded by loved ones enjoying good food, good conversation and raucous laughter. His caring nature and his quick wit will be missed by all who knew him.

Preceding Jim in death were his parents; his parents-in-law; along with numerous aunts, uncles and many close friends.

Due to Covid-19, there will be no memorial service at this time. As a tribute to Jim, we can all aspire to live as he did with courage, dignity, honesty and humor.

To order memorial trees or send flowers to the family in memory of James Holper, please visit our flower store.

Due to Covid-19, no services will be held at this time