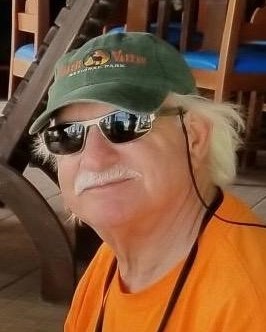 James Curtis Osterfeld was born March 26, 1948 in Worthington, MN to Lloyd and Katherine (Fouquette) Osterfeld. He graduated from Worthington High School in 1966.

After graduation, he joined North Electric as a Telecommunications Installer and worked on the road in all states east of the Mississippi. In 1971, Royal Arvig offered him a job at East Otter Tail Telephone Company in Perham, MN, where we worked for the next 24 years. He joined RCC in Alexandria in 1995, during the beginning of the cellular revolution. Jim continued to learn and adapt with the industry until his retirement in 2005. At this time, he was able to dedicate more time to tinkering with and managing his properties.

Jim was a fiercely patriotic American and was involved in politics at the state and local levels. He served as Township Supervisor for 24 years. Jim was also a longtime Rotarian, involved in multiple exchange programs and active at the State and District Level. He was also a member of St. Henry’s Catholic Church, a Scout Master and an early member of the Lake Country Mountaineers.

He was passionate about his family and hobbies including working on the GTO, scuba diving, flying, woodworking, riding his Harley and attending the Sturgis Rally for over 20 years. In 2016, he and son, Curt, achieved the Iron Butt award by riding 1076 miles in one day!

During his retirement years, Jim and Diana spent a few months of each year in Florida. Together they enjoyed traveling and motorcycle riding with their family. They especially enjoyed heading out to Montana.

Jim was widely recognized by his whimsical white hair and crazy bumper stickers, but all who knew him, respected his kind heart and free spirit.

Per Jim’s request, there will not be a funeral service. A Celebration of Life and private interment at St. Henry Catholic Cemetery will be held at a later date. In lieu of flowers, memorials are preferred to St. Henry’s Area School.

To order memorial trees or send flowers to the family in memory of James Osterfeld, please visit our flower store.

Celebration of Life to be held at a later date