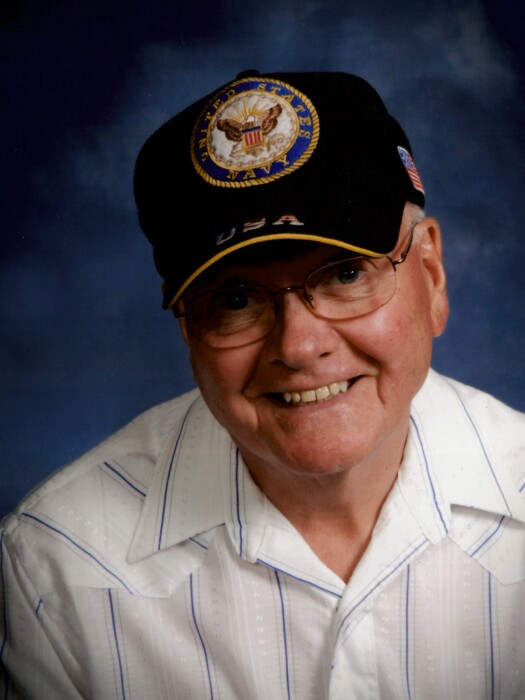 He was born September 6, 1942 in Breckenridge, MN to George and Florence (Neubauer) McAllister. For some people it takes years to make friends and keep a best friend. For Mac, he was born with his and would tell lots of stories about his twin brother, Jerome.

Mac graduated from Perham High School in 1961. He joined the United States Navy in August that same year and served until 1965. He was a very proud veteran and lifelong member of the Fergus Falls VFW. On July 6, 1984, Mac was united in marriage to Jacki Mostue in Fergus Falls.

Mac was an accomplished musician, learning how to play guitar at a young age. He loved singing, writing songs, and playing in the band, The Wagoneers, with his brothers. The Wagoneers played at area bars, resorts and sang for senior citizens. In 2019, while on a trip with Jacki to Nashville, Mac had the opportunity to record a song at the celebrated Ryman Auditorium.

When he wasn’t playing guitar or writing songs, Mac enjoyed working in his garage, hunting and fishing with his brothers and brothers-in-law, and working on cars. He and Jacki enjoyed traveling together and made several trips over the years. Mac loved spending time with his kids whether it was playing poker or Friday breakfast at Lake’s Café. He was known for his hugs and kisses, not letting anyone leave a visit without one. Mac touched many lives and will be greatly missed.

A Visitation will be held at Schoeneberger Funeral and Cremation Service in Perham on Friday, November 26 from 5:00 p.m. to 7:00 p.m. with a Prayer Service at 6:30. Visitation will resume at 10:00am on Saturday, November 27 at Richville United Methodist Church followed by a Funeral Service at 11:00 a.m. Interment will be at Richville Village Cemetery with military honors.