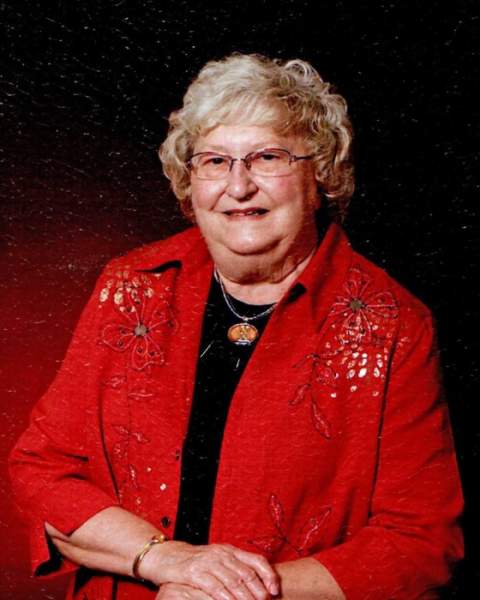 Jeanette Schwarzrock, 78, of Frazee, MN passed away on Tuesday, February 27, 2018 at Perham Health in Perham, MN.  Visitation will be 10:00-11:00 a.m. followed by the memorial service at 11:00 a.m. on Saturday, March 3 at St. Paul’s Lutheran Church of Evergreen near Frazee. Pastor Jared Nies will officiate. Burial will be in the church cemetery.

Jeanette was born September 28, 1939 in Frazee to Leonard and Frieda (Wendt) Baumgart.  She was baptized October 19, 1939 and confirmed at St. Paul’s Lutheran Church of Evergreen on June 7, 1953.  In 1957, Jeanette graduated from Frazee High School.

After graduation, Jeanette worked for the ASCS office in Perham for three years. On April 11, 1959, she was united in marriage to Dennis Schwarzrock. Their marriage was blessed with three sons. After her marriage and until 2001, Jeannette helped to operate the family dairy farm. In addition to her responsibilities on the farm, Jeanette was the charitable gaming accountant with the Wolf Lake Lions Club for 25 years until July 2016.  Other interests included riding the UTV around the family farm and cooking “too much food for her family and friends.”  She was an active member of St. Paul’s Lutheran Church of Evergreen her entire life.

Preceding Jeanette in death were her parents and her three sisters Mildred, Mae and infant Alice. Jeanette's Memorial Folder
To order memorial trees or send flowers to the family in memory of Jeanette Schwarzrock, please visit our flower store.