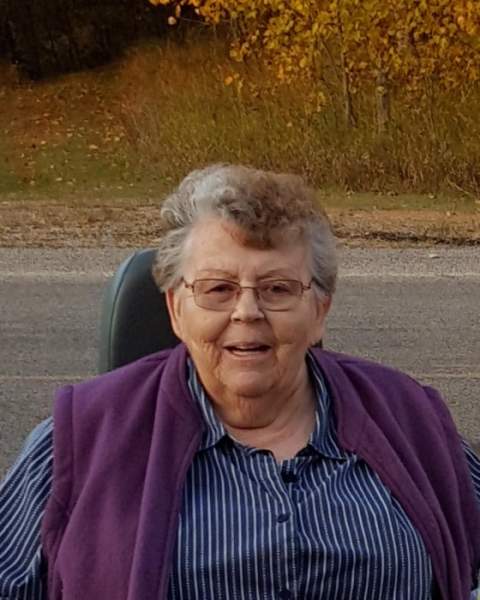 Jerryann “Jerry” Miller of Perham, Minnesota, was the daughter of Harry and Anna (Oelkers) Anderson. She was born in Reeder, North Dakota on June 20, 1932.  Jerryann was blessed with a beautiful voice. Her mother took her to Hollywood when she was only four years old and she sang on many radio stations including KNX, KFWB, KFAC, KHJ and at numerous famous theaters or ballrooms including Paramount Theater, The Broadway and Pacific Pallisades, just to mention a few. Often she would sit on the lap of the radio announcer or bandleader so she could sing into the microphone. Her mother died unexpectedly when Jerryann was only five years old and she came to Scranton, ND, to live with her grandparents, Ed and Pearl Oelkers.

Not being a couple that liked to have their feet planted in one place too long they moved to southern Minnesota in 1968. Jerryann and Bumps enjoyed doing new things and facing new adventures throughout their lives. One stop was on Mille Lacs Lake near Garrison, Minnesota where they owned a fishing resort for five years. They both thoroughly enjoyed people they met at the various businesses they owned or jobs they held on their journey through life.

For the last 15 years, Jerryann and Bumps enjoyed living on Big Pine Lake near Perham where they could enjoy their children, grandchildren and great grandchildren. In the winter, they drove south to Apache Junction, Arizona where they enjoyed the sun and the social life with so many other snowbirds.  Jerryann was still singing and loved to sing with others who shared her love for music.

Bumps passed on in 2013 after 63 years of marriage. Jerryann became a resident of Perham Living in 2015. She loved the companionship of other residents and the dedicated and caring people who worked at the home. Her ability to listen and give her guidance and support to anyone in need came in very handy at the home.

Jerryann, in addition to her five children, had nine grandchildren and 20 great-grandchildren. She was preceded in death by her beloved husband Bumps, her parents and grandparents, her aunt Helen May (more of a sister than an aunt) and her great granddaughter, Hadley Rae Kjelshus.

Rest in peace, Jerryann, enjoy your new journey.  Sing some songs for all of us.

To order memorial trees or send flowers to the family in memory of Jerryann "Jerry" Miller, please visit our flower store.