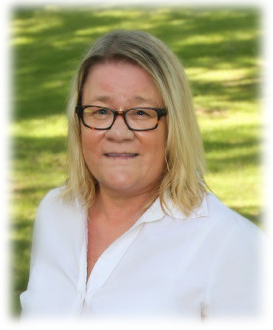 The youngest of three children, Jill Loreen Swanson was born March 30, 1963 to Rodney Swanson and Georgia Berger in Fargo, ND. Jill went to school in West Fargo, ND until the family moved to Perham in 1976. She graduated from Perham High School in 1981. Following graduation she went to college for 3 years earning degrees as a pharmacy tech and administrative assistant. Jill married Steve Link in 1988 and lived in Silverthorne, CO for 18 years. They had a son in 1992, Mac Link, who was the greatest joy in her life. In 2000, Jill and Mac returned to Perham.

Jill was involved with the Perham Kinship program and was a mentor to Sydney Biksen for the past 10 years. She was an active member of the Perham Homerun Club and loved supporting Mac and his teammates at every sporting event. While she lived in Colorado she was a snowboard instructor and loved being on the slopes. Jill's favorite times were spent with family and friends and her infectious laugh and smile will be missed by everyone who knew her.

Jill is preceded in death by grandparents, Victor and Esther Swanson and Lawrence and Helen Nelson; aunts, Kathy Nelson and Claudia Wiese; and cousin, Shannon Swanson.
To order memorial trees or send flowers to the family in memory of Jill Link, please visit our flower store.