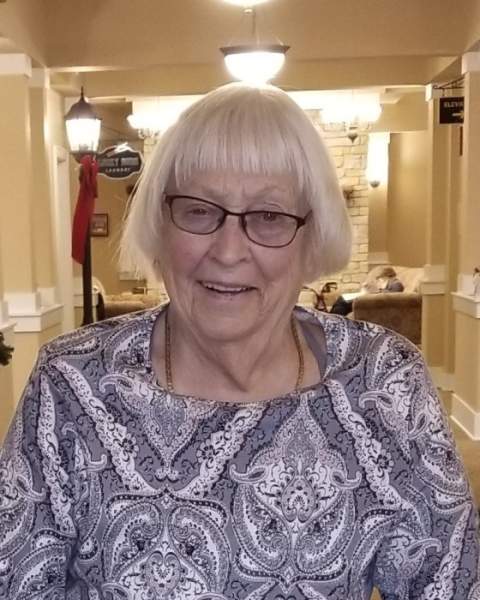 Joanne K. Friedsam, age 82, passed away peacefully on April 20, 2020 with her daughter Teresa by her side.

Joanne was born in Milaca, MN and grew up in Perham, MN. It was in Perham that Joanne met the love of her life, Jerome “Jerry” Friedsam, and the two were married in 1964. This was the start of a happy marriage and love affair that lasted 54 years until Jerry passed away. As Jerry was fond of saying, he “made a good choice” with wife Joanne. This union was further enriched when daughter Teresa was born. Jerry’s work requirements resulted in the family moving to Montana where they were exposed to the many wonders of the Montana landscape before settling in East Helena for forty years. It was in East Helena that Joanne got involved in the community, served as a clerk for the State Liquor Store and helped establish the Eastgate Volunteer Fire Department and she served on the Board of Trustees until 2016.

After husband Jerry passed away in 2018 Joanne moved back to Minnesota to be closer to her daughter, son-in-law, sisters and many other family members. During this time, Teresa was known for “kidnapping” her mother and they would go out for impromptu shopping and lunches. Joanne often commented she was so busy with her new life in Minnesota she did not have time to rest. These were good times until failing health took its toll during the last two months of her life.

A private graveside service will be held at St. Lawrence Catholic Cemetery near Perham.