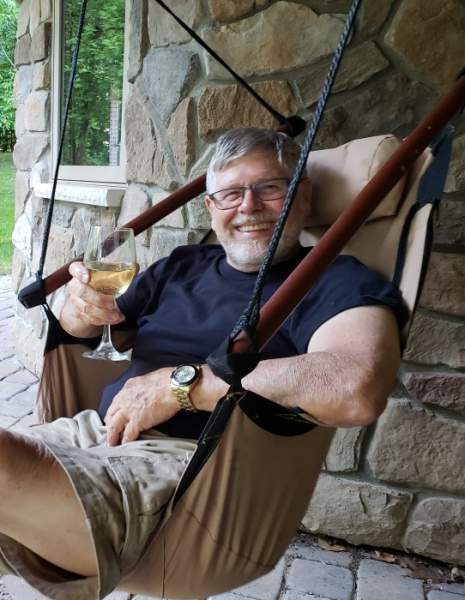 John H. Halvorson, age 70 of Dent, MN passed away Sunday, July 29 2018 while camping in the Boundary Waters Canoe Area. Visitation will be 5:00-8:00 p.m. with a prayer service at 7:00 on Thursday, August 2 at Calvary Lutheran Church in Perham. Visitation will resume from 10:00-11:00 a.m. followed by the funeral service at 11:00 on Friday, August 3 at Calvary Lutheran Church. Pastor Cassie Anderson will officiate.

John was born June 5, 1948 in Rochester, MN to Herbert and Edna (Syverson) Halvorson. On February 7, 1981, he married Brenda Anderson, and together they had three children. John worked for most of his life as a banker, spending the last 20 years of his career at Stearns Bank NA in St. Cloud, MN. He retired in 2011, and had been enjoying his hobbies at his house on Dead Lake near Dent, MN, which included woodworking, making beer and wine, tapping trees to make maple syrup, singing with the church choir, and simply enjoying the natural world. He was deeply involved in the community, especially his church. At Calvary Lutheran, he was a member of the Fishermen's Group, a beer-brewing group, a writers group, and was treasurer of the church council. He was on the board for Perham Hospital District, and he was also part of a woodturning group.

He was preceded in death by his parents Herbert Halvorson and Edna (Syverson) Halvorson. John's Memorial Folder
To order memorial trees or send flowers to the family in memory of John Halvorson, please visit our flower store.