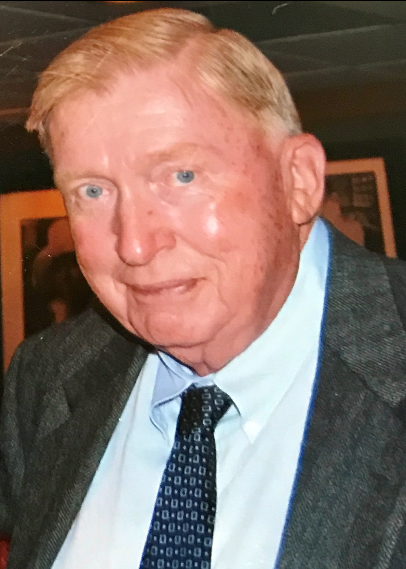 John Greening Lischke passed peacefully to his heavenly home on May 31, 2019.  John was born on July 2, 1937, in St. Paul, Minnesota to Alfred and Ruth (Greening) Lischke.  He grew up on Portland Avenue in St. Paul attending St. Mark’s Elementary School and Cretin High School where he was an ROTC cadet.  He worked hard on his paper route and as a ticket agent at the Great Minnesota State Fair for many years.  This along with his ROTC commission helped pay his tuition at St. John’s University where he received his degree in business management.  John was called up to the Army in May 1960.  He completed training at the US Army Officer Intelligence School, Fort Holabird, Baltimore Maryland

John met Mary Joanne Prendergast, a St. Theresa Elementary Education major while on a blind date over Christmas break during their sophomore year.  In a blizzard on December 28, 1959, they wed at Nativity Parish in St. Paul.

John returned to St. Paul in 1962 and became a sales representative for Shell Oil Company.  He achieved top salesman for his region which covered, Minnesota, Wisconsin, Indiana and Ohio.  He purchased his fuel oil company in 1969 and grew it into a successful enterprise before he sold and retired in 2003.

John was known to many as “TicketTron John” as he had a passion for sports and was a storied season ticket holder for the Vikings, Packers, Bucks, Brewers, Badger hockey and Indy 500 for over 48 years.  John’s other passion was Youth Hockey and he was actively involved with the formation of SHAW hockey in Milwaukee in 1970.   He served many years as President and VP Off-Ice and was known as a tremendous arbitrator, negotiator, scheduler and great ambassador to the organization.

John was engaging to all he met as he had a unique “zest” for life and brought out the child in all.  After a “Big John Adventure”, be it a sporting event, concert in the park, parade or Sunday Drive, an exhaustion of the best kind overtook the spirit.  Truly you had just lived in the premier moments of the ultimate day and your spirit was soaring from meeting new friends and fully taking in the beauty of the venues.

Preceding John in death were his parents, his spouse of 59 years; Joanne and son Michael (Pia) Lischke. To order memorial trees or send flowers to the family in memory of John Lischke, please visit our flower store.

The Church of Saint Mark

The Church of Saint Mark