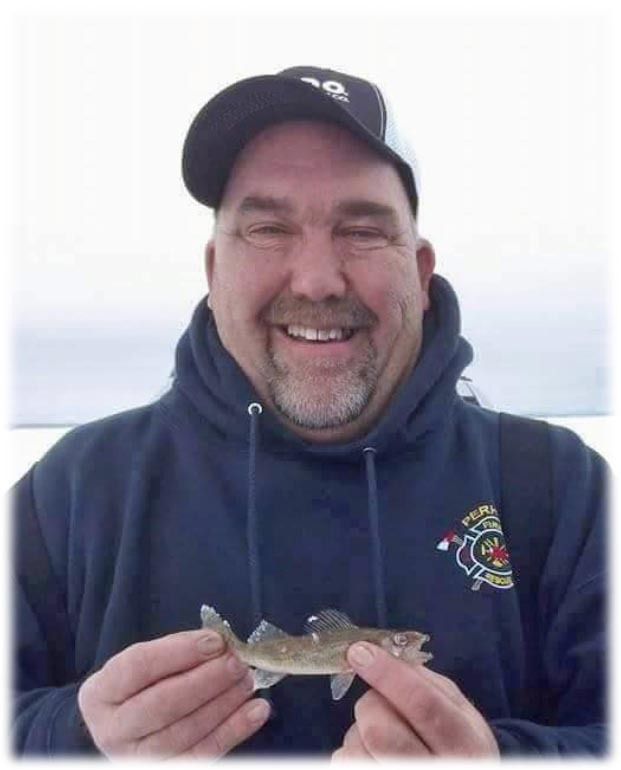 John A. Merkins, age 50 of Perham, MN passed away Wednesday, January 28, 2015 in Sanford Health, Fargo, ND. Visitation will be held on Monday, February 2 from 4:00-8:00 PM with a prayer service at 7:00 PM at Calvary Lutheran Church in Perham. Visitation will resume on Tuesday, February 3 beginning at 10:00 AM followed by the funeral service at 11:00 AM at Calvary Lutheran Church in Perham. Pastor Cassie Anderson will officiate. Burial will be held in the Calvary Memorial Cemetery near Perham.

John Albert Merkins was born March 18, 1964 in Minneapolis, MN to Albert and Marie (Woltjer) Merkins. He graduated from Ada-Borup High School in 1982. After high school he continued his education at the University of Minnesota Crookston. John and Gloria were married December 30th, 1994 at Grace Lutheran Church in Ada MN. Together they had three daughters, Susan Marie, Kimberly Ann, Elizabeth Alexis, and a stepdaughter, Cathy Villarreal. John's purpose of life was to give his daughters guidance to be the best they could be. Family was John's most important priority. He enjoyed hunting, fishing, farming, being a firefighter and helping others.

Preceding John in death were his parents.

Gone but never forgotten.
To order memorial trees or send flowers to the family in memory of John Merkins, please visit our flower store.