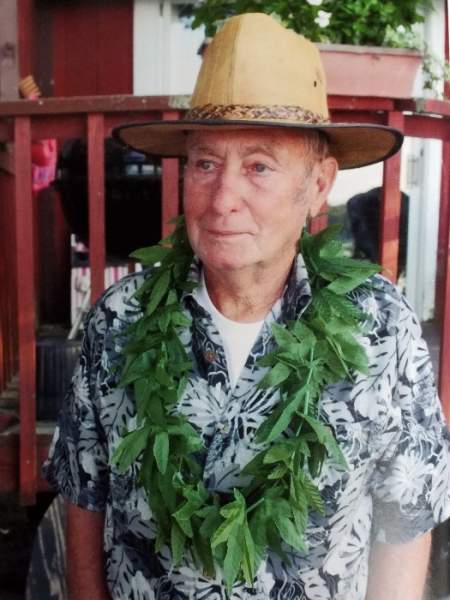 John Louis Werner, age 83, of Richville, Minnesota  passed away peacefully at his home surrounded by family on August, 12, 2019. There was a gentle falling rain when he passed, which as a farmer John always loved
John Louis Werner was born on December 22, 1935 in Raeville, Nebraska to Hugo and Louise (Velder) Werner. He was the second of  seven siblings born to Hugo and Louise. John grew up on the family farms near Elgin and then east of Petersburg. He attended St. Boniface Catholic School in Elgin and graduated from St. John the Baptist School in Petersburg in 1954.

He enlisted in the Army and attended basic training at Fort Carson, Colorado in January of 1955. He served honorably for two years during the Korean War and was discharged in December 1956. He returned to Petersburg and married Elizabeth “Betty” Joan Baumgartner on November 26, 1957 in St. John the Baptist Church in Petersburg. They farmed around the Petersburg area and together they raised six sons. In March of 1969, they bought a farm near Richville and made the move to Minnesota. It was while living in Minnesota that they added their daughter Angela to the family.

While living in Perham, John and Betty had a dairy farm. John also worked a variety of jobs including driving school bus, working at Tuffy’s and as a hot mix plant operator at Mark’s Sand and Gravel. He spent many years moving and erecting grain bins with his children and grandchildren where he taught them a strong work ethic and a few new words. He was active in the Dent American Legion and was proud to serve on the Honor Guard. One of the highlights of his life was going on an Honor Flight to Washington DC. in 2016. As a younger man, John was a 4-H leader, boy scout leader, skilled horseman, baseball umpire, little league coach, wrestling chauffer, and a champion arm wrestler. John served as a Rush Lake Township Supervisor for 24 years. He was a collector of classic cars and enjoyed driving them in parades and taking them to car shows. Some of his favorite things were his church of St. Lawrence on Rush Lake, elk hunting with his brother in Colorado, watching his sons and grandsons wrestle, and traveling and tinkering around on the farm. After retirement, John and Betty spent over 20 winters in Port Aransas, Texas where they met many new friends and enjoyed fishing. He was a humble man but touched many lives as he was always willing to help others. John's Memorial Folder
To order memorial trees or send flowers to the family in memory of John Werner, please visit our flower store.