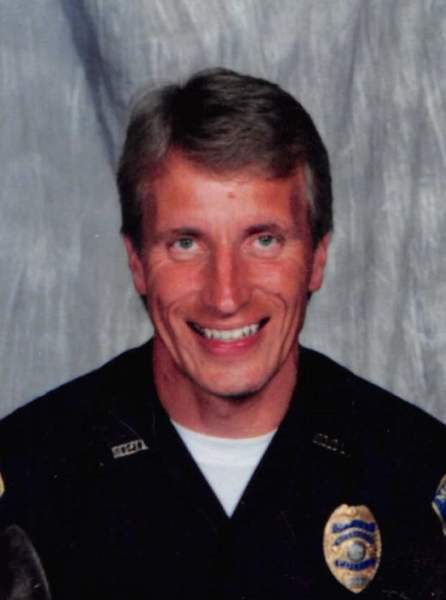 He was born January 21st, 1954 to Paul and Estelle in Minneapolis, MN. He graduated high school in Moorhead, MN. He later went to Alexandria Technical College where he graduated from their Police Academy Program. He was married several times throughout the years and well, we won't get into all that.

Dad was a wonderful man. It was in his nature to always think of others first. In later years, even his ex-wife's enjoyed being around him. He would inevitably have anyone: be it strangers, friends, or family laughing in minutes.

Dad grew up and often visited Bismarck, ND. He later became a police officer in that very same town; eventually transferring to Moorhead, MN, where he would remain for the longer part of his police career. The most highlighted part of his professional life was spent with his K-9 "Bear" who helped him develop Moorhead Minnesota's first K-9 program. Dad and Bear became an inseparable team and were very successful at both work related events and K-9 competitions. They would go on to place high in both Local, State, and Regional dog trials. He eventually placed 10th in the national dog trials. Dad later did some other work to include being a Chief of Police. He would eventually retire from law enforcement, sort of. He ended up being a school bus driver off and on over the years but had a second career as a code enforcement officer in Manitou Springs, Colorado.

Prior to moving to Colorado, he sold his Victorian home in Ulen, Minnesota. He really loved the house but wanted to be closer to his sons. 10 years later, he bought the house back, where he lived the remainder of his life and the last six months spent with some of his family.

Dad, you have created a Hendrickson legacy; giving your sons a lot to live up to. You were a great father and an even better best friend. You will live on forever in our hearts. We love you dear ol’ Dad.

A Memorial Service will be held 11:00 a.m. on Saturday, April 23, 2022, at Schoeneberger Funeral and Cremation Service of Perham. Visitation will be one hour prior to the service. Joseph's Memorial Folder
To order memorial trees or send flowers to the family in memory of Joseph Hendrickson, please visit our flower store.