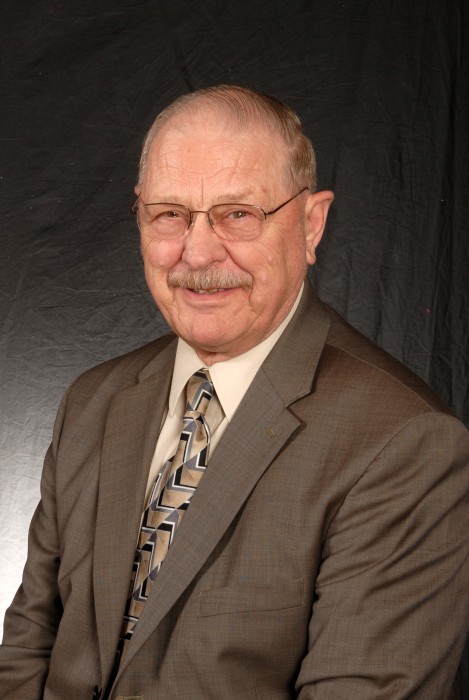 Joe was born on May 30, 1932, to Adolf and Ethel (Engberg) Carlson in Crosby, ND. In 1950, Joe graduated from Crosby High School and enlisted in the United States Air Force. Upon completing basic training and technical school, Joe became an Airman 1st Class and was assigned to the 334th Fighter-Interceptor Squadron in the Kimpo Air Force Base as a Weapons Maintenance Specialist during the Korean War in 1953. After returning home and being discharged from the Air Force, Joe spent his time working at his aunt’s cafes and road construction until he was accepted into the North Dakota Highway Patrol Training Academy in 1959. After patrolling the roads for three years, Joe took the job as the State Safety Director for the Highway Patrol. With this position, Joe earned the respect of many high state officials and trained thousands on many different safety topics ranging from ordinances to defensive driving. After serving the state of North Dakota for 35 years, Joe retired in 1994 as the Assistant Director of Drivers License and Traffic Safety.

In July of 1959 in the Concordia Lutheran Church in Crosby, ND, Joe married the love of his life, Yvonne Lovdahl.  Due to being accepted to the Highway Patrol Academy their wedding had to be moved up and Joe left for the academy that next week. After graduation, Joe & Yvonne lived in Minot and then moved to Bismarck in 1963, where they had one son, Myron, in 1964.

Joe was seen as a leader in his community and used his skills to serve as a board member of Capital Credit Union, a member of the North Dakota Peace Officer Association, served on the National Safety Council, an active member of the Good Shepard Lutheran Church, and a life-long member of Elks Lodge. Joe spent much of his time attending social events with Yvonne, going on neighborhood camp outs, and spending time with his beloved grandchildren. It was common for his grandchildren to ask him to prepare his famous French Toast, macaroni hotdish, and meatloaf. One of Joe’s favorite hobbies included working on and operating his D8 Caterpillar Dozer with his son and grandchildren. In 2016, Joe and his wife moved to Perham, MN, where they enjoyed their golden years being with family.

To protect the health and safety of all, the gathering of family and friends in memory of Joe and Yvonne has been postponed.  The family asks for you to take a moment in prayer to honor both Joe and Yvonne’s memory.

To order memorial trees or send flowers to the family in memory of Joseph "Bob" Carlson, please visit our flower store.