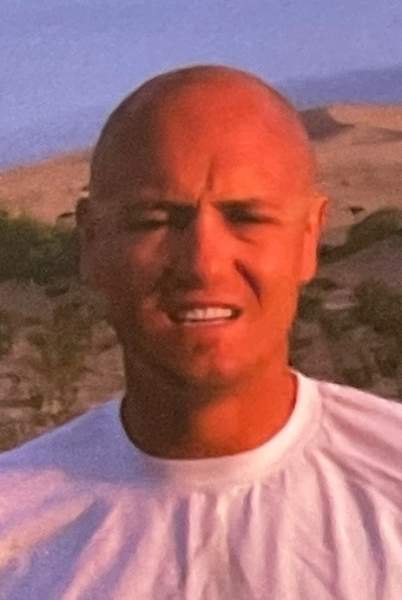 He was born July 15, 1977, in Missoula, Montana to Perry S. and Karen Ann Clark. Kelly and his family moved to Colorado in January of 1978. He grew up and went to school in Lakewood, CO. Kelly went on to earn his GED in Fargo in 1996.

Kelly was a natural athlete and excelled in soccer, baseball, downhill skiing, swimming, and diving. He was also talented in golf, tennis, and surfing. Kelly also enjoyed the outdoors and loved hiking and biking.

He returned to Colorado in the late 1990’s and then on to Alaska. It was here in Juneau, that he met Renee Rawson. On May 29, 2008, they welcomed their son, Keegan. Kelly, Renee, and Keegan moved to South Lake Tahoe, NV, and then later to Idaho, Utah, and Florida. Kelly eventually landed in San Diego, CA, where he worked as a welder in construction and landscaping.

Kelly had a warm heart, friendly smile, and engaging personality. He adored his family and friends.

In lieu of flowers, memorials are preferred to Hospice of the Red River Valley.

To order memorial trees or send flowers to the family in memory of Kelly Clark, please visit our flower store.