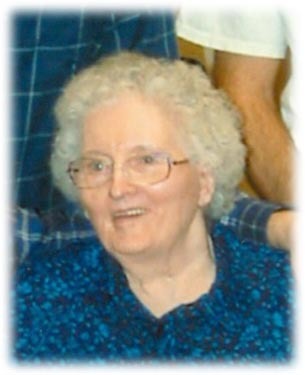 In loving memory of Lillian "Audrey" Lillis, 90, who passed away peacefully surrounded by her family on Sunday, January 26, 2014 at Perham Living, Perham, MN. Audrey was born on May 20, 1923 in Dead Lake Township, MN, the daughter of John Bernard Gladback and Lillian Grace (Babcock) Gladback.

On February 2, 1942, she married John Ernest Lillis in Perham, MN. They made their home near Dent, MN. Along with raising her children, Audrey held many jobs throughout her life.

Audrey enjoyed flowers, gardening and the outdoors, which she showed in her early art work. Audrey had a great sense of humor and enjoyed a good joke. One of the highlights in her life was visiting Germany with her father. She lived in various places after the children left home, and at the time of her death, she called Pine Harbor at Perham Living, her home longer than any other resident, having lived there for over 18 years.

Surviving Audrey are her daughters, Cindy (Jim) Hawkins and Joslyn (Myron) Riendeau; her sons, Dan (Linda) Lillis and Tim (Denise) Lillis; 5 brothers and 3 sisters. Audrey's family also includes 9 grandchildren; 17 great-grandchildren; and 4 great-great-grandchildren whom she loved very much. Caring for her grandchildren brought her great joy.
To order memorial trees or send flowers to the family in memory of L Lillis, please visit our flower store.