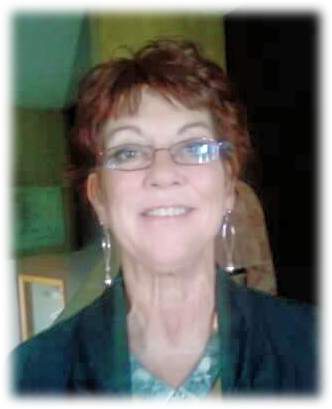 Laurie Diane Hensley, age 65 of Grand Haven, MI died Monday, October 26, 2015. The funeral service will be held on Tuesday, November 3, 2015 beginning at 2:00 p.m. at Northwoods Assembly of God. Visitation will be held at the church on Tuesday from 12:00-2:00 p.m. Burial will be held in the Perham Village Cemetery.

Laurie was a proud mother of two daughters, seven grandchildren and four great-grandchildren.

She spent her time as a homemaker. She enjoyed cooking, gardening, and spending time with her family and friends.

She worked a variety of occupations that include but are not limited to: a chef, graduating with honors from Detroit Lakes Culinary School in 1990-1991 as class president with a 4.0 GPA! She spent some years bartending, housekeeping, painting ceramics and making jewelry. She really shined at her last job as a Mental Health PCA in Detroit Lakes, MN. She moved to Grand Haven, MI in 2010 to spend time with her sisters and brothers.

Laurie loved to travel, spending time outdoors, sewing, crocheting, arts, crafts and playing games. She served in the church being involved in many ministries: puppet team, drama team, outreach and food. Laurie was a Prayer Warrior at heart and was always praying for us all. Her prayers will be greatly missed. Laurie was a blessing to all who knew and loved her.

Laurie is survived by her two daughters, Angela (Ken) Leu of Frazee, MN and Tina (Bruce) Spooner of Perham, MN; her six grandchildren; four great-grandchildren; her sister, Sue Welmers; her brothers, Larry Pelkey and Mike Pelkey and many nieces, nephews and friends.

Laurie was preceded in death by her parents, Lawrence and Florence Pelkey; her grandson, Alex Spooner; her sister, Janet Flynn; her brother, William Pelkey; and her lifelong friend and partner, James Weston.
To order memorial trees or send flowers to the family in memory of Laurie Hensley, please visit our flower store.