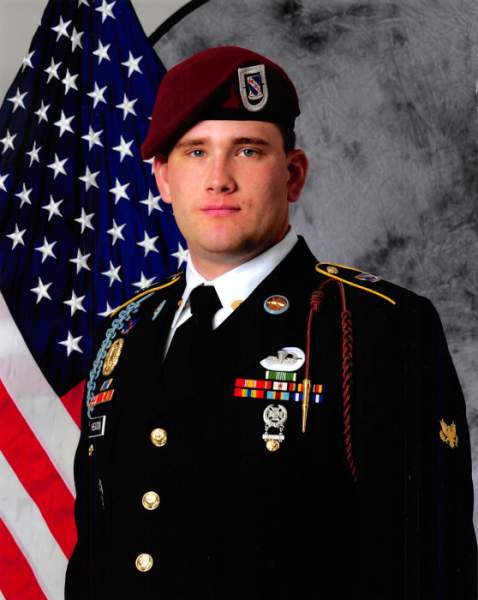 Lee Heaton, age 29 died Tuesday, December 18, 2018 in Laurel, MT. Visitation will be from 5:00-8:00 p.m. with a prayer service at 7:00 on Friday, December 28 at Schoeneberger Funeral & Cremation Service in Perham, MN. Visitation will resume from 10:00-11:00 a.m. followed by the funeral service at 11:00 on Saturday, December 29 at Crosspoint Alliance Church in Perham. Burial will be in Lake Eunice Evangelical Free Cemetery in the spring.

Lee Andrew Heaton was born August 16, 1989 at Mercy Hospital in Coon Rapids, MN to Richard Lee and Patricia Ann (Monroe) Heaton. He moved to Ottertail, MN when he was two and loved growing up on the farm. He appreciated being homeschooled by his mom from kindergarten to his sophomore year. He said it taught him the love of learning which never left him. In his junior year he did a post-secondary option at Fergus Falls Community College and did his senior year at Henning High School. Immediately after graduation, in 2007, he went into the Army National Guard and went to basic training at Fort Benning, GA. He enlisted in the active Army in 2012 and was stationed at Fort Bragg, NC. He was in the 82nd Airborne and did one tour of duty in Afghanistan in 2014. He was married to Miranda Turlington in 2016 and, after his divorce, needed to be away from North Carolina so was honorably discharged from the Army October 2017. Lee always thought of reenlisting because the Army was his life. He then moved to Denver, CO and went into training for auto body repair. However, realizing this was not his calling he shifted his training and received his certificate as a train conductor. He then moved to Laurel, MT and lived two months with his best friend, Doug, to find a job on the railroad.

Lee accepted the Lord at a young age and had Believers Baptism in 1996. He was a very intelligent young man that had a big heart and always gravitated towards people with needs and he helped them by befriending them and was not afraid to show compassion. He had simple pleasures, not at all materialistic, and loyal to his beliefs and friends. He was spontaneous and had a great sense of humor. He also had a passion for the Army, guns, mountains, his pets and the outdoors.

Lee was preceded in death by his grandparents, Warren and Vera (Otterson) Heaton and Benedict and Clara (Seelye) Monroe. He is survived by his parents Richard and Patricia (Monroe) Heaton, his brothers Matt Heaton, Randy Heaton, Tim and Kristine (Cape) Heaton, Rodger Heaton, his brother/friends Doug Cassman and Matt Wilkin, Kristin Michelle Johnson his soon to be fiancé, his nieces Ashley, Katlyn, Jordan, Alexis, nephews Nathan, Luke and Jacob, five aunts and four uncles, and many other friends and family. Lee was very much loved by them all and will be extremely missed.

Lee's Memorial Folder
To order memorial trees or send flowers to the family in memory of Lee Heaton, please visit our flower store.