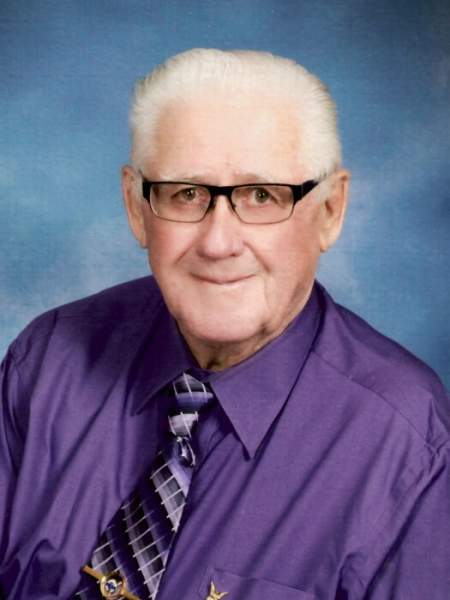 Leo Vincent Doll, age 94, passed away into eternal life at his home surrounded by his family on Tuesday,
August 24, 2021.

Leo was born on April 11, 1927 to Peter and Anna (Delaney) Doll on the Doll farm near Rush Lake by Perham, MN. He married his wife Theresa Ann Schornack, on June 2, 1948. They moved onto the Doll farm and had nine children. His three greatest loves were Faith, Family, and Farming.

Leo was lifetime farmer that started with horses and everything was done by hand. When his father became sick during World War II, Leo was asked to leave his small country school, District #128, to help with the farm. Leo often told stories of how farming was done by hand and how difficult farming was until electricity and plumbing came to the farm in 1947. Electricity changed how they farmed, and Leo often said it changed his life. Leo loved his land and all the commodities it produced from alfalfa, corn, pigs, chickens, and dairy cows. The farm is now operated by the fifth Doll generation, Ronald and Julie Doll.

Leo was a devout husband, father, and grandfather. He took immense pride in all his nine children and 28 grandchildren, 42 great-grandchildren, and one great-great-grandchild. He enjoyed family celebrations, weddings, and holidays. At these celebrations you would find him observing his family with pride and joy on the life that he and his wife Theresa built. He built his retirement home in 1986 on a corner lot of the farm, and you could often find him in his chair with a newspaper observing the field of crops.

Leo was a lifelong member of the Saint Lawrence Catholic Church of Rush lake. His 94 years at church led to many church positions from altar boy, to cemetery leader, to being the oldest parishioner. His church was also a place that his family often gathered to celebrate holidays and life events.

You could often find Leo watching Twins baseball (win or lose), playing cards with his family, keeping an eye on the weather and crops. He often would take drives around the Ottertail and Rush Lake area to check out the crops and the buildings. Leo also served many community organizations and he enjoyed woodworking and making things for his children.

In Leo's golden years, he reflected on his life and was proud of the life he lived and recognized his many blessings. He had a long-standing relationship with God and was blessed with his faith to his dying breath. Leo's Memorial Folder
To order memorial trees or send flowers to the family in memory of Leo Doll, please visit our flower store.