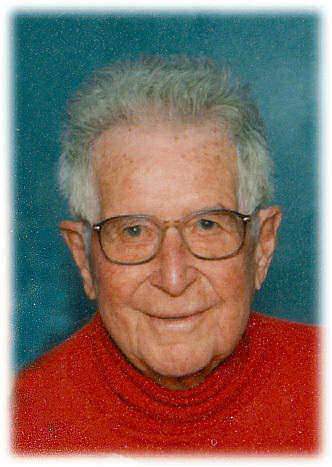 Leo was born on Nov 2, 1916 to Harry and Loretta (Lang) Goodman. He was raised in the Richmond, MN area. He would later call many places home, including Albany, MN; Freeport, MN; Wadena, MN; Seattle, WA, Stewart, MN and Richville, MN.

He married Rose Ann (Konietzko) and they lived the early years of their marriage in Hutchinson, MN with daughters Lorri and Peggy. During these years, Leo worked in the construction industry, and continued his life-long passion for hunting and fishing, traveling all over the tri-state area and into Canada.

He and Rose Ann settled "at the Lake" outside of Richville, MN where they were active in their parish, enjoyed participating in bowling and other community activities. Leo continued to enjoy hunting, fishing and camping for many years, and Rose Ann accompanied him on some of these trips.

Leo was known for his sense of humor, his devotion to family, his strong faith life, and his conviction that the world was better early in the morning. He often told stories of the many "adventures" he and his brother or he and his hunting and fishing buddies would create.