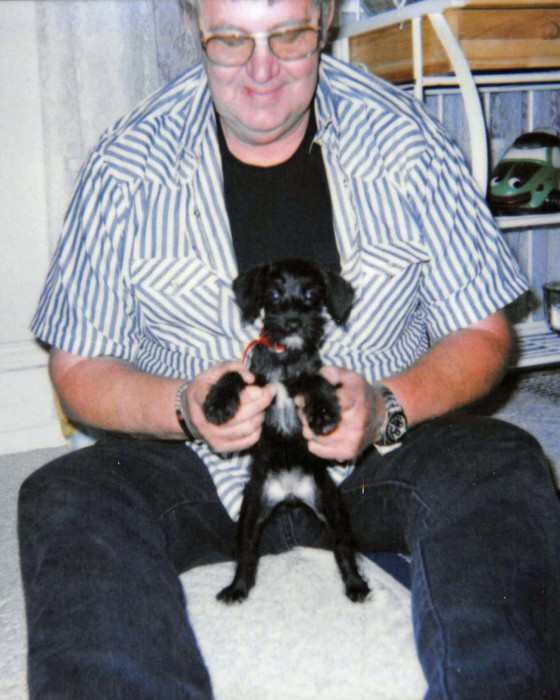 LeRoy Edward Jacobson of Richville, MN, formerly of Minneapolis, MN, peacefully passed away on Sunday, July 1, 2018 at the age of 81 surrounded by his children and family under the care of LB Hospice at his son's home in Battle Lake. Visitation will be from 10:00-11:00 a.m. followed by the memorial service at 11:00 on Saturday, July 7 at Schoeneberger Funeral & Cremation Service, Perham, MN.

LeRoy Jacobson was born March 22, 1937 to Clarence and Margaret (Pelzel) Jacobson. LeRoy was the middle child of three children: Dennis and Margaret. LeRoy grew up in Minneapolis and married his loving and beautiful wife Linda Lou Genoch of Richville in July of 1958 creating a home and starting a family. LeRoy was a proud father of three children: Penne Langlie-Jacobson, Tammie Jacobson and Alan Jacobson.

A man that struggled with schooling as a child later became a teacher at Saint Paul TVI teaching Slate and Tile, the hardest class to gain journeyman's status. LeRoy was extremely proud to be a part of the Roofers Local 96 Union of RW&A. He gave over 60 years to the roofers union teaching, laboring and becoming a foreman then years later retiring due to a heart complication.

Around spring of 2005, LeRoy and Linda moved from their home in Minneapolis to Linda's childhood farm home in Richville. From then on, the transformation to the home and property was their main focus to keep them occupied and entertained. LeRoy had always been a hard worker and even in retirement, he worked on endless projects to create a beautiful dream come true for his lifelong love Linda Lou.

LeRoy resided with his son in Battle Lake while receiving care from hospice and family during his last moments before joining his life-long love who will lead him though his next journey.

Preceding LeRoy in death were his parents; his sister; and his daughter Penne. LeRoy's Memorial Folder
To order memorial trees or send flowers to the family in memory of LeRoy Jacobson, please visit our flower store.