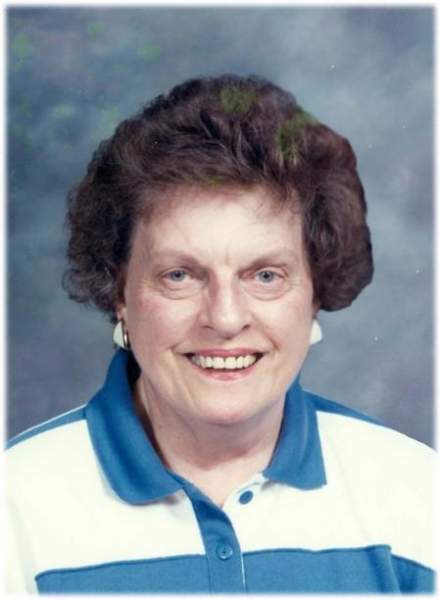 Lorraine Kaatz, age 82 of Perham, MN passed away on Saturday, December 14, 2013 at Sanford Health in Fargo, ND. A funeral mass will be held on Thursday, December 19, 2013 at 10:30 AM at St. Lawrence Catholic Church, rural Perham. Visitation will be held on Wednesday, December 18, 2013 from 6:00-8:00 PM with Parish Prayers at 8:00 PM at Schoeneberger Funeral Home. Visitation will also be held one hour prior to the funeral at the church on Thursday. Burial will take place at a later date at St. Stanislaus Catholic Cemetery, Warsaw, ND.

Lorraine Caroline Lizakowski was born on September 8, 1931 near Warsaw, ND in rural Walsh County, the daughter of Valerian and Cecilia (Briski) Lizakowski. She attended country school in Walshville Twp. and parochial school in Warsaw. Upon completing High School by correspondence, she then moved to Grand Forks, ND where she attended Aakers Business College and the University of North Dakota. She was also employed by UND where she met her husband, Ernest James "Jim" Kaatz. They were united in marriage on August 17, 1957 at S. Michael's Catholic Church in Grand Forks. Shortly after, they moved to Wilmington, DE where she worked as a secretary for her husband's employer, Hercules Inc. In 1968, they were transferred to the Chicago area and continued working with Hercules and as a teaching assistant for local colleges. They retired in 1994, moving to the Perham, MN lakes area.

Lorraine had a passion for flowers, whether indoor or outdoor, especially irises. She and her husband both enjoyed bird watching as well. She was very talented with a needle and thread and was regarded by some as the best seamstress in the country. She had a talent for music as well having skillfully played the piano, accordion, and saxophone. Lorraine was also passionate about the kitchen, loving to cook, bake and make different flavored jellies. She had an endearing love for animals, especially the four black lab dogs that she and Jim raised and trained together through the years.

Surviving Lorraine is her sister, Sylvia; her three nephews, Tim, Doug and Frank; her niece, Wanda; and her cousin, James that had grown up with her and her family.

Preceding Lorraine in death are her parents, Valerian and Cecelia; and her husband, Jim.
To order memorial trees or send flowers to the family in memory of Lorraine Kaatz, please visit our flower store.