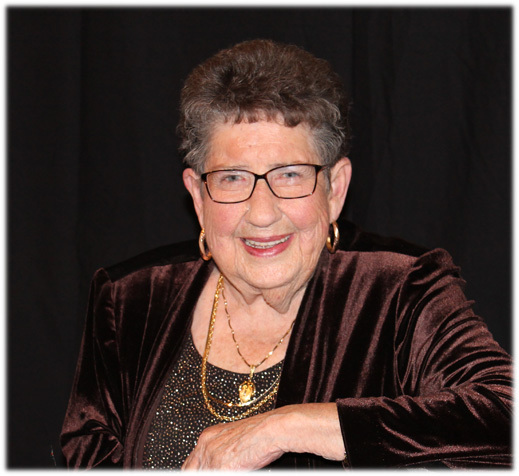 Lounell "Lou" Marie Maleitzke, age 85 of Perham, MN died Sunday, June 12, 2016 in Perham Health surrounded by her family. Lou's funeral service will be held on Thursday, June 16 beginning at 12:00 noon at St. Paul's Lutheran Church in Perham with Pastors Carl Noble and Del Stohs officiating. Visitation will be held from 10:00-12:00 noon prior to the service at the church. Burial will be held in Trinity Lutheran Cemetery, Henning, MN.

Lou was born on October 8, 1930 in room #11 in her grandparents' hotel in Henning, the Park Hotel. She was the daughter of Oswald and Helen (Markuson) Allenson. Lou was confirmed on September 26, 1943 at Good Sheppard Lutheran Church in Henning. She graduated from Henning High School and went on to earn a teaching certificate from St. Cloud State University. On November 23, 1951 Lou was united in marriage to George A. Poulson. Together the couple lived in Henning, St. Louis Park and Perham. George died on November 2, 1988 in Perham. On March 13, 1991 Lou eloped with Arthur "Art" Maleitzke and was married in Tucson, AZ. Art died on April 18, 2010.

Lou will be remembered for always being full of life. Her spirited and selfless personality was adored by those around her. Lou loved pull tabs and BINGO. She enjoyed playing cards, especially bridge and also played many games of Yahtzee. Trips to Las Vegas with her children and grandchildren will always be remembered.

Preceding Lou in death were her parents; her husband George A. Poulson; her husband Arthur Maleitzke; her brother Jim Larson; and her step brother James Allenson. 
To order memorial trees or send flowers to the family in memory of Lounell Maleitzke, please visit our flower store.