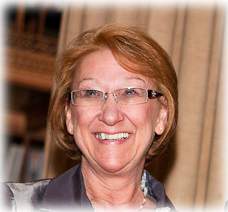 Ludwina Riepe, age 62, of Perham, Minnesota, died Saturday, May 2, 2015, at her residence, after a courageous battle with cancer. She was surrounded by family and under the care of Hospice of Red River Valley.

Ludwina was born to Frank and Anna (Coleman) Honer on March 23, 1953 in Perham. On December 12, 1969 she was married to Bob Riepe at St. Stanislaus Catholic Church, Perham. Ludwina was a proud homemaker and was happiest in the kitchen cooking or baking for loved ones.

There will be a private family memorial service in Perham, with interment at Sacred Heart Cemetery, Dent, MN.

In lieu of flowers, memorials may be given to Hospice of The Red River Valley - Detroit Lakes MN.
To order memorial trees or send flowers to the family in memory of Ludwina Riepe, please visit our flower store.