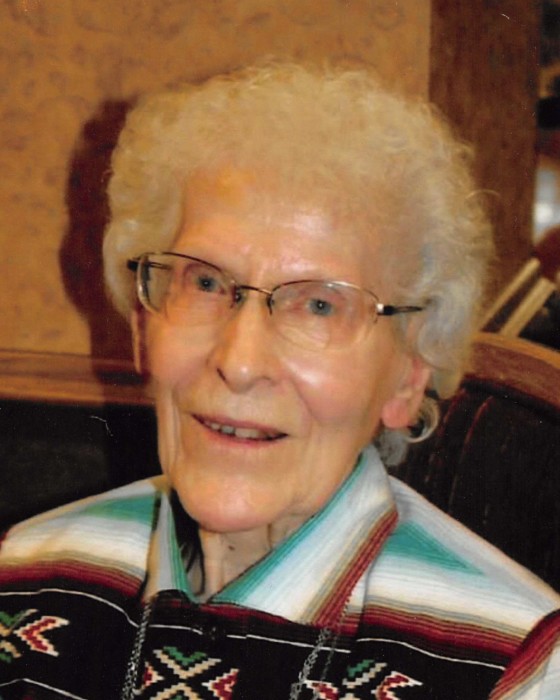 Luella Schroeer, age 95 of Perham, MN died Friday, September 7, 2018 in Perham Living. Visitation will be 9:00-11:00 a.m. followed by the funeral service at 11:00 a.m. on Tuesday, September 11 at St. John’s Lutheran Church of Corliss near Perham. Pastor Jared Nies will officiate and burial will be in the church cemetery.

Luella was born August 20, 1923 in Perham to William and Hattie (Lubitz) Wanderi. She was baptized, confirmed and married at St. John’s of Corliss. She attended country school and graduated from Perham High School.

On November 17, 1941 Luella married Kurt Schroeer. Together they farmed in Corliss Township. She was a fulltime homemaker and helper on the farm until Kurt’s death in 1979. She enjoyed sewing, quilting, crocheting, painting and all of her crafts. Luella's Memorial Folder
To order memorial trees or send flowers to the family in memory of Luella Schroeer, please visit our flower store.