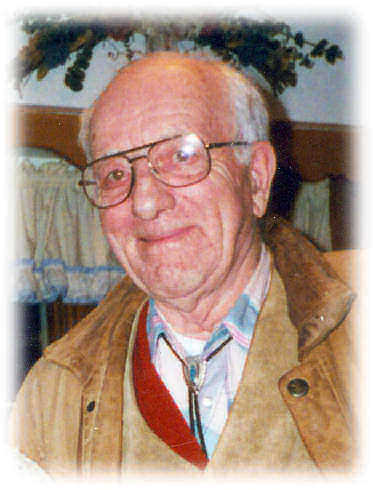 M. Jordan Houge was born on September 14, 1923 to Joseph S. and Leona M. (Jordan) Houge in Madison, South Dakota. He spent his early years in Otter Tail County close to Weetown and Richville. He attended Detroit Lakes High School. After his honorable discharge from the Navy, he spent a year at the University of Northern Iowa and then moved to the Madison, Wisconsin area to attend the University of Wisconsin. While there, he worked as a meat packer at Oscar Meyer. While in Wisconsin, he met Genevieve Wold. They were united in marriage in 1948. Genevieve had two daughters, "Punky" Spink and Gail Holan and one son, Gary Wold. Mike and Genevieve were blessed with two sons, John J. and Joseph C. Houge. Mike also farmed for a while then started teaching math at Arguile High School in Wisconsin. He simultaneously attended the University of Wisconsin in Whitewater where he obtained a Master of Arts in teaching. While teaching at the high school in Deerfield, Wisconsin he was asked to teach other courses such as chemistry. This required further training that he received in Las Vegas, New Mexico at Island University. Mike spent three years teaching vocational agriculture in Wisconsin then decided to move to Galena, Alaska. He was employed there for 12 years teaching 7th-12th grade math students.

After retiring from teaching at the age of 70, he stayed for four more years in Galena at his log cabin he had built. When he came back to the Richville, Minnesota area he got reacquainted with Phyllis Kawlewski whom in 1996 agreed to marry him, living on the farm he had previously lived. After selling that property they moved to Perham, Minnesota.

Mike is outlived by his second wife, Phyllis Houge; his children, nieces, nephews, grandchildren, and great-grandchildren; and his sister, Mavis Kawlewski.

Preceding Mike in death are his parents; his first wife, Genevieve Houge; his brothers, Winston and Sherlock Houge; and his sister, Idelle Meylink.
To order memorial trees or send flowers to the family in memory of M. Houge, please visit our flower store.