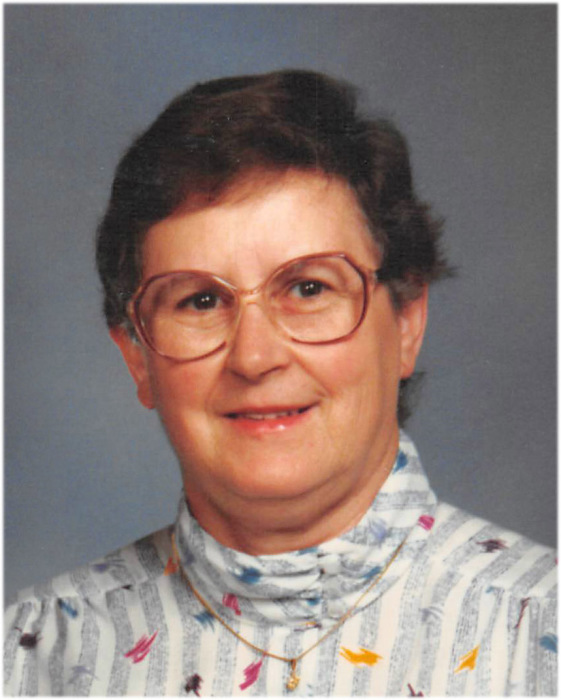 Mabel L. Smith, age 83, a resident of Fergus Falls, MN, died Sunday, October 22, 2017, at Park Gardens Nursing Home under the care of Lakeland Hospice. Visitation will be from 5:00-8:00 p.m. with a prayer service at 7:00 on Tuesday, October 24 at Schoeneberger Funeral & Cremation Service in Perham. Visitation will resume from 10:00-11:00 a.m. followed by the funeral service at 11:00 on Wednesday, October 25 at Schoeneberger Funeral & Cremation Service. Burial will be in the Richville Village Cemetery, Richville, MN.

Mabel was born the daughter of Hugh and Hilma (Lien) Fuller on April 8, 1934 in Richville, MN. She was united in marriage to Kenneth E. Smith on March 5, 1955, at the Richville United Methodist Church.  They resided in New Mexico, Oklahoma, Fergus Falls and on Lake Marion by Richville. She attended teachers training and taught grade school prior to starting their family. Over the years, she worked various part-time positions, including Welcome Wagon and The Daily Journal in Fergus Falls.

In her spare time, Mabel enjoyed bird watching, gardening, crocheting, fishing and being with her family.

Preceding her in death were her parents Hugh and Hilma Fuller; her husband Ken; and her son Scott. Mabel's Memorial Folder
To order memorial trees or send flowers to the family in memory of Mabel Smith, please visit our flower store.