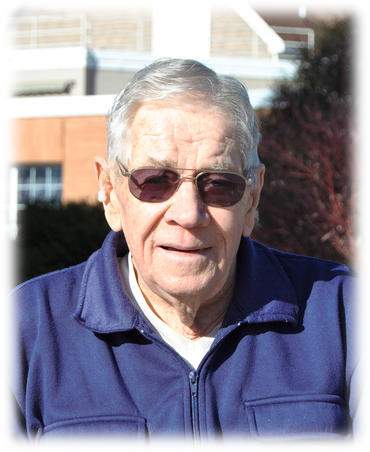 Mac J. Tobkin was born July 30, 1926 to Henry and Anna (Schmelz) Tobkin in Perham, MN. He was the youngest of 10 children. Mac attended District 158 country school for 6 years, St Henry's School for 2 years and then PHS for the rest of his education. He helped his father run the family farm during WW II as his older brothers had to leave to serve in the armed forces.

Mac was a diversified farmer for many years in Gorman Township. In 1957 Mac became a District Supervisor for a seed company with 31 dealers under his supervision. Realizing the importance of maximum economic yields, he then started the first fertilizer and chemical dealership in this area called Mac's Farm Service. In the early 70's Mac partnered with Tuffy and Kenny Nelson and started a full service farm/home supply business called Perco Farm and Home Supply dealing in hardware, fertilizer, chemicals, seed, feed and furniture. In 1982 Mac partnered with his son, Ron, and built Prairie Bean Company. In 1995 Mac, along with his sons Ron, Neil and Rick, built a 1600 cow dairy to enhance their farming operations.

Mac married Ruby Dewar in 1985. Shortly after their marriage Mac retired from farming and built a home on Little Pine Lake and eventually moved to a house in Perham, MN. Mac enjoyed spending time with his grandchildren and great grandchildren along with hunting, fishing, golfing and other hobbies.

Over the years Mac was actively involved in St Henry's Church and School serving as Grand Knight for the Knights of Columbus. He was also involved with the following organizations:

A special thank-you to the CNAs, RNs and staff at Perham Living, Harvest Glen who touched the heart of not only our dad, but that of his family.


To order memorial trees or send flowers to the family in memory of Mac Tobkin, please visit our flower store.