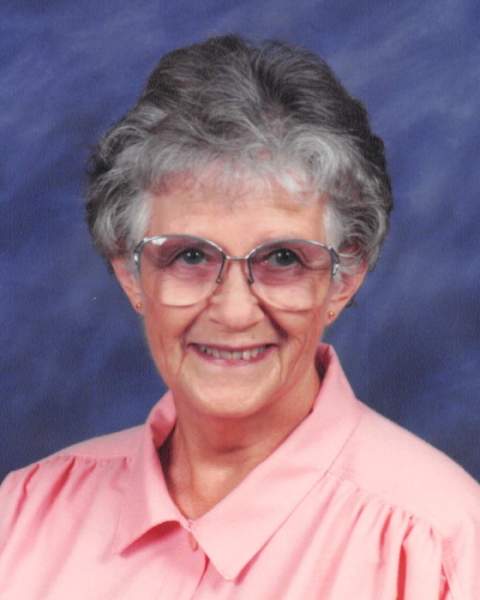 Marjorie "Jean" Rosen passed away Tuesday, April 3, 2018, at age 91 under the care of Hospice of the Red River Valley. She was born October 31, 1926 in the hospital in Bertha, MN as the only child of Herman A. and Pansy M. (Goodale) Matz. On November 25, 1926, she received the sacrament of Holy Baptism at St. John's Lutheran Church in Corliss Township, rural Perham, MN. While growing up, she received religious instruction at St. John's, made public confession of her faith in Jesus as our Savior and was confirmed in June 1939. Jean was a lifelong member of St. John's Lutheran.

On January 31, 1947, she married Arnold William Arthur Rosen. Their marriage was blessed with five children. Together, they farmed in Corliss Township until 1980 when they sold the farm and purchased a home on Big Pine Lake. For the next 11 years, Jean worked at the Perham State Bank now known as United Community Bank until her retirement in 1991.

Jean was active in her church and community. She taught Sunday School for 10 years, was a member of and over the years held various offices in the ladies' Mary & Martha Society, LWML and the Church Choir. She organized and served as adult leader of the Golden Stars 4-H Club for more than 10 years.

Jean loved the outdoors. She had a large vegetable garden and many flowers. She fished and camped with Arnold. Jean was a sewing enthusiast making many of the children's garments. Her sewing interests turned to quilting in later years. Jean always loved to read and at the age of 50, she accepted the job of editor of the Minnesota North District supplement pages in the Lutheran Witness. She served in this position for 17 years. After this, her interest turned to memories of her childhood and local history. During the next years, she wrote four books, two of which recorded histories of Corliss, Gorman, Butler and a bit of Evergreen townships.

Jean was preceded in death by her parents; her husband Arnold on March 26, 2018; and her great-grandson Hunter Adam Rosen.

Visitation will be from 5:00-7:00 p.m. with a prayer service at 5:00 p.m. on Friday, April 6 at Schoeneberger Funeral & Cremation Service in Perham. Visitation will resume beginning at 10:00 a.m. followed by the funeral service at 11:00 a.m. on Saturday, April 7 at St. John’s Lutheran Church, Corliss Township, rural Perham. Pastor Jared Nies will officiate. Burial will be in the church cemetery.

Memorials are preferred to St. John’s Lutheran Church of Corliss Township or the American Cancer Society. Jean's Memorial Folder
To order memorial trees or send flowers to the family in memory of Marjorie Rosen, please visit our flower store.