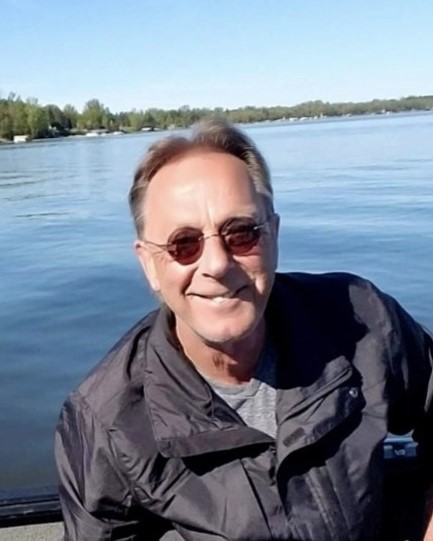 Mark Clifford Hennagir passed away peacefully on February 20, 2022, at his home in Perham, MN.

Born on May 1, 1954, in Bertha, MN, Mark came from meager means and was constantly challenged during his childhood. His family home was located in such a way that regardless of where he was traveling, it was uphill. And to make matters worse, he had to travel back uphill to get home. Sustained by only lard sandwiches during his childhood journeys, he somehow found a way to persevere.

Mark met his childhood sweetheart, Candace Kapphahn, in his hometown of Bertha and they married on July 26, 1975. Mark and Candace would go on to create two of the most devilishly handsome and highly intelligent sons the world has ever seen, at least in Mark’s opinion, when they welcomed Jace Michael in 1978, and Sean Adam in 1982. The new family lived in several different areas, before finally landing permanently in Perham.

Mark was an incredible father to his kids, teaching them the value of hard work, integrity, commitment, and above all else, the importance of family. Something that sticks with both of them to this day. He never wavered when it came to showing his kids the right path and was always there to support them, in both success and failure.

An avid sportsman, Mark enjoyed hunting and fishing, never failing to impress with the size of the fish he caught or the size of the fish that he caught while he was alone and “threw back.” He taught his sons to hunt and fish as well and was never happier than when he was on the boat for the afternoon, peacefully drinking beer and waiting for a Walleye to bite with his kids aboard.

A salesperson all his life, one of Mark’s defining characteristics was his people skills. He never met a person that he couldn’t instantly form a connection with and or a topic that he couldn’t speak to, and that was on display at all times. Regardless of where he went or how long it had been since he’d been there, he knew everyone’s name and they remembered him as well. He was a presence with everyone he encountered.

Mark often went above and beyond to have a positive impact on other people’s lives, even if he didn’t know them. This is perhaps best displayed by his unwavering support of the Milwaukee’s Best Light brewery, as he single handedly kept them, and the thousands of workers they employed, afloat since their inception. As he often said “They can’t call it the “Best” unless it actually is.”

He had a kind heart and would do anything in his power to make someone else’s day. Later in his life, he would buy bags of suckers to hand out to every child in line when he was bagging groceries at the Central Market grocery store and would seek out people that needed an extra hand when they were shopping just to make things a little easier for them.

Mark lived an incredible life and will be missed dearly by all those who knew and loved him. He lived deliberately and on his own terms, with deep beliefs that he never strayed from.

He is survived by his sons Jace (Katie), Sean (Kelli), his grandchildren (Jack, Isabelle, Taisley, Lola, and Hawke), brothers and sisters (Dennis, Carol, Doug, Kevin, and Kim), and countless friends that he met in his 67 years. He was preceded in death by his mother and father, Herbert and Violet (Greenwood) Hennagir.

Two roads diverged in a yellow wood,
And sorry I could not travel both
And be one traveler, long I stood
And looked down one as far as I could
To where it bent in the undergrowth;

Then took the other, as just as fair,
And having perhaps the better claim,
Because it was grassy and wanted wear;
Though as for that the passing there
Had worn them really about the same,

And both that morning equally lay
In leaves no step had trodden black.
Oh, I kept the first for another day!
Yet knowing how way leads on to way,
I doubted if I should ever come back.

I shall be telling this with a sigh
Somewhere ages and ages hence:
Two roads diverged in a wood, and I—
I took the one less traveled by,
And that has made all the difference.

To order memorial trees or send flowers to the family in memory of Mark Hennagir, please visit our flower store.
Open