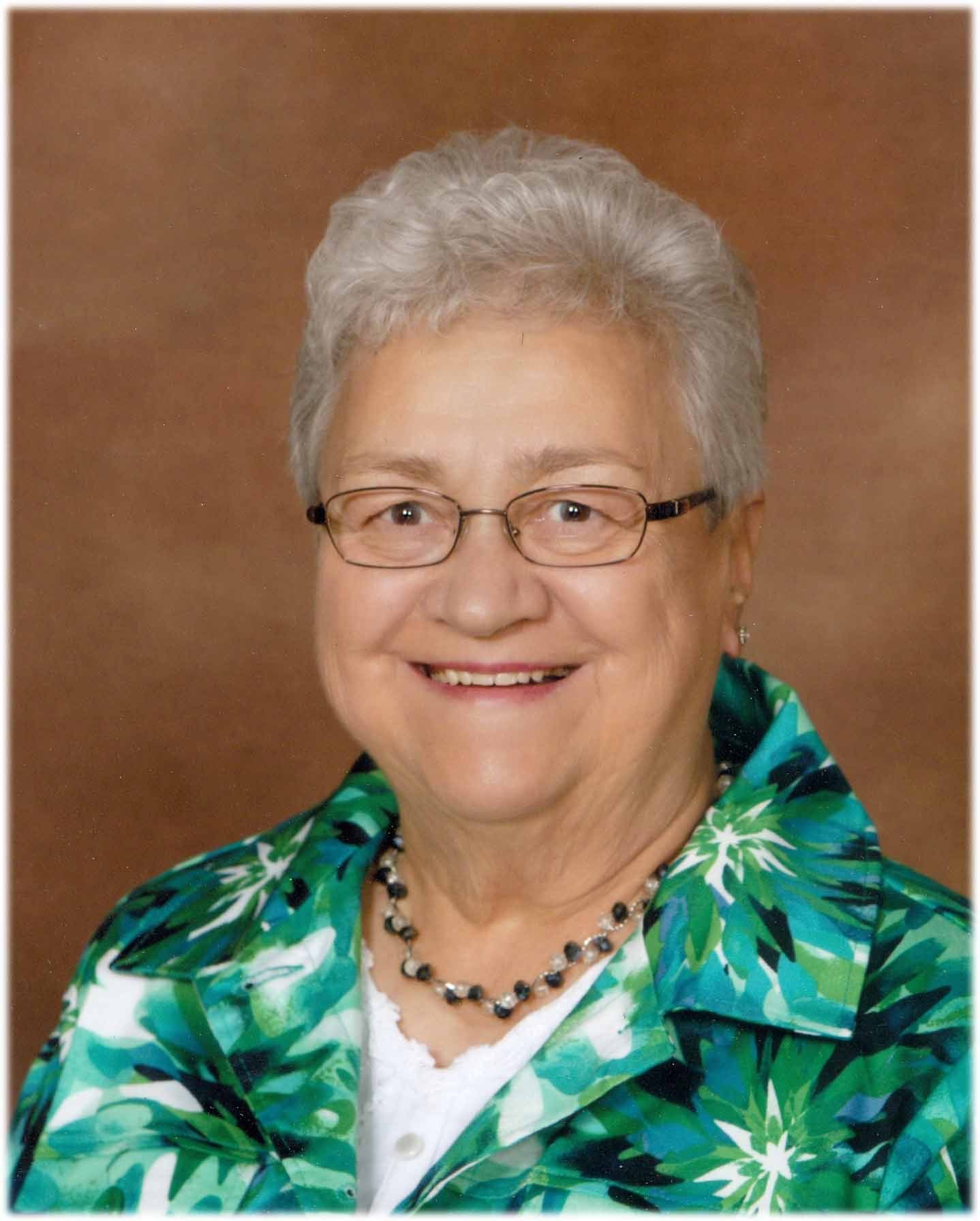 Marlene Marcella Silbernagel, age 80 of Perham, MN died Wednesday, October 28, 2015 in Perham Living. Visitation will be held on Sunday, November 1 from 4:00-8:00 p.m. with a Rosary at 6:30 and Parish Prayers at 7:00 p.m. at Schoeneberger Funeral Home. Visitation will resume on Monday, November 2 beginning at 10:30 a.m. followed by the funeral Mass at 11:30 a.m. at St. Henry's Catholic Church in Perham. Father Matthew Kuhn will officiate. Burial will be held in St. Stanislaus Catholic Cemetery, Perham.

Marlene was born the daughter of J. William and Barbara (Braun) Rickers on May 14, 1935 in Garrison, ND. On September 20, 1954 Marlene was united in marriage to Norbert Silbernagel, the love of her life. They were married at St. Francis Xavier Catholic Church in Lake Park, MN. In 2004, the couple celebrated 50 years of marriage.

Marlene worked for Lake Park State Bank. In 1954, they moved to Moorhead where they lived until 1959. The couple moved to Minneapolis, MN for a short time until 1960 when they bought a farm in Dead Lake Township. In 1965, Marlene and Norbert purchased a farm in Edna Township and lived there until 1990. During these years, Marlene worked at Farmers State Bank in Dent then at Schmitz Ford for 32 years. Before retiring, Marlene and her sister, Joan enjoyed traveling throughout the United States and Europe.

Marlene crocheted many, many afghans and baked countless cakes for graduations, baptisms and other special occasions. She enjoyed reading, playing cards and watching the Molly B Polka Show and QVC. Marlene was a member of the Catholic Daughters, Perham Lakes Lions and the Ladies Auxiliary.

The family wishes to send a special thank-you to the staff at Perham Living – Transitions and Hospice of the Red River Valley for their loving care of mom.

In lieu of flowers, memorials may be made to St. Henry's Area School or St. Henry's Catholic Church.
To order memorial trees or send flowers to the family in memory of Marlene Silbernagel, please visit our flower store.