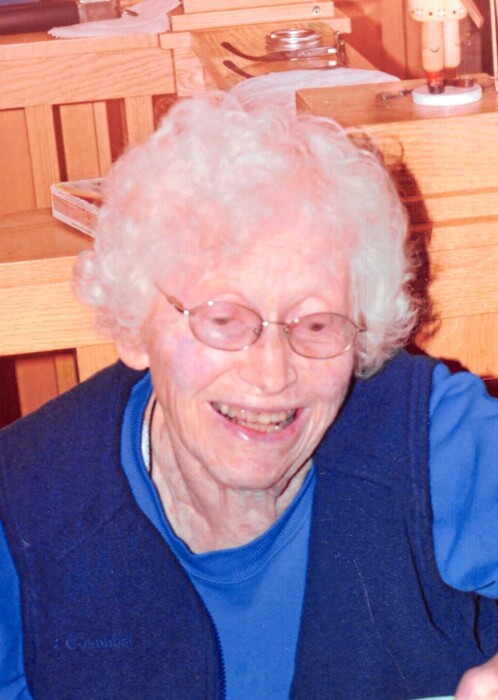 Martha Virginia Sundberg Buchholz, age 96, died June 13, 2021 at Perham Living. She was born October 20, 1924 at the family farm in Richville to John and Ottilia (Strandberg) Bjorklund.  Martha was baptized, confirmed and became a lifelong member of St. Paul’s Lutheran Church in Richville.

Martha attended grade school at District 272 in Richville and later graduated from Perham High School in 1942. Then she went to Fargo and joined the Cadet Nurse Corp, working at St. Luke’s Hospital. She graduated as a Registered Nurse in 1947 and was an affiliate at Cook County Hospital in Chicago, IL. Then she returned to Minnesota and worked at the University of MN Hospital and Minneapolis General Hospital (now Hennepin County Hospital) as an operating room nurse.  While at the University of MN, Martha was one of the nurses that assisted Drs. Varco and Lillellija who performed the first open heart surgery in Minnesota.

Martha was an avid gardener.  She was active in church and her community.  She loved going to the Senior Center in Richville to play cards and help out.  She was also a hospice volunteer and caregiver.  Many would know her as “the Honey Lady” in Richville.