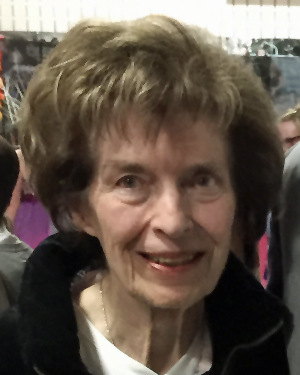 Mary Joanne (Prendergast) was born on November 24, 1937, in St. Paul, MN to Paul and Mary (Brandt) Prendergast. As a young child, she spent many hours fishing on the banks of the St. Croix River in Hudson, WI and the Mississippi River in Winona, MN watching her father build the cantilever through truss bridges over these great waterways. Her family followed the construction boom of the 1950’s and moved to Florida to continue building massive span bridges over waterways and causeways. Joanne lived in Ponte Verde Beach and attended Duncan U. Fletcher High School in Neptune Beach, FL. The Midwest family ties were strong and she chose to attend St. Theresa College, Winona, MN and received a degree in Elementary Education. She met John Greening Lischke, a St. John’s University graduate, on a blind date while in St. Paul over Christmas break. The following year, in a blizzard on December 28, 1959, they wed at Nativity Parish in St. Paul. Joanne began her teaching career here until John was called to the service in May 1960 at the US Army Intelligence School at Fort Holabird, Baltimore, MD. Here their family began with the birth of Michael Patrick & Mary Kathryn. Joanne picked up teaching again, this time in Montessori school while the family moved numerous times as John was a Midwest fuel salesman for Shell Oil Co. In 1969, Milwaukee, WI became the permanent home as the family purchased a fuel oil business and Joanne was the office manager. Thomas John was born and completed the family. Joanne was also an active mom, volunteering as Den mother for Cub Scouts, camp counselor for Girl Scouts and secretary for SHAW Youth Hockey. She also spent many weekends graciously hosting family and friends on tour of Milwaukee's great summer festivals, parades, car races, baseball games, hockey games and Packer football weekends. Her hospitality of home and spirit was infectious and guests always left with a full heart. Joanne treasured her dear friends from Prayer Group, Bridge Club and Theatre Group. In July of 2015, Joanne moved to Perham, MN due to health issues. She was an active member of the St. Lawrence Christian Mothers and made many friends and memories among the parish family and community of Perham. Joanne left a beautiful calming presence to all who knew her.

Joanne died Sunday, February 11, 2018 in Perham Health. Visitation will be from 9:00-10:00 a.m. followed by the funeral Mass at 10:00 a.m. on Monday, February 19 at St. Lawrence Catholic Church near Perham. Father George Michael will officiate. Burial will be in the church cemetery.