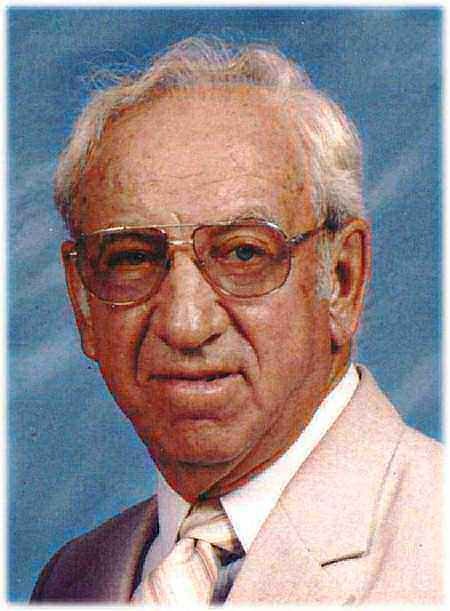 Mathias "Matt" Richard Winkels age 89 of Perham, MN died on Friday, November 29, 2013 at Perham Living. A funeral mass will be held on Tuesday, December 3, 2013 beginning at 11:00 AM at St. Henry's Catholic Church in Perham. Visitation will be held on Monday, December 2, 2013 from 5:00-8:00 PM with parish prayers at 7:00 PM at Schoeneberger Funeral Home in Perham. Visitation will also be held one hour prior to the funeral mass at the church on Tuesday. Burial will take place in St. Paul's Lutheran Cemetery in Perham.

Matt was born on February 9, 1924 at St. James Hospital in Perham to Mathias and Sarah (Silbernagel) Winkels. He attended school in Dent, MN and at the age of 16, he started working at Schoeneberger Furniture Store and Funeral Home. He worked there for 35 years. The business later became Perco Home Center and Matt managed the floor covering division starting in 1971. In 1981, Matt began Winkels Carpet Center. He retired in 1989 and he and his wife Margaret also owned and managed Riverside Tent and Trailer Camp. Matt served in World War II from 1943-1946 in Germany. On July 12, 1957 Matt was united in marriage to Margaret Sonnenberg at St. Henry's Catholic Church in Perham.