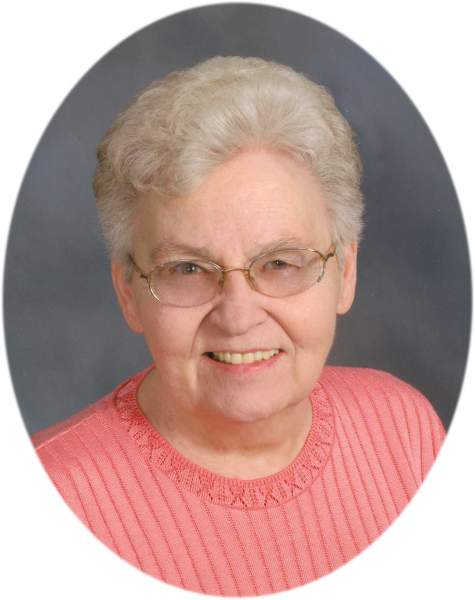 Mavis Ann Roforth, age 81, passed away peacefully in her home on Sunday, November 13, 2016 surrounded by her family and with the help of Hospice of the Red River Valley. She was born in her family home in rural Bricelyn, MN to the late Theodore and Myrtle (Verlo) Peterson. She attended school at Bricelyn in her early years and then moved with her family to Rake, IA where she attended high school.

In 1952 Mavis was united in marriage to Roderick Neuhalfen. They resided in rural Blue Earth, MN. This union was blessed with four children. Later Mavis married Ralph Roforth in 1962. She and her four children moved to Frazee, MN where she and Ralph raised their nine children on the family farm at Hungry Lake. When their family was raised, Ralph and Mavis moved to Marion Lake near Perham, MN. They resided there for 17 years. Later, they operated Northside Bait and Grocery in Perham and finally, retired to their home in rural Vergas, MN. After Ralph died in 2004, Mavis moved back to Perham. Both Ralph and Mavis were members of the United Methodist Church of Vergas.

Mavis was a good homemaker and an excellent cook. Her true passions in life were dancing, raising flowers and playing good games of cards with her family. She also was an avid reader and recently enjoyed playing cards at the Senior Center in Perham. Mavis enjoyed her large family and loved to see and hear from her grandchildren and great-grandchildren. She especially enjoyed following their activities on Facebook.

Preceding Mavis in death were her parents; her husband Ralph; her two sons Todd Mitchel and Michael Allen; and her son-in-law Dennis Bernu.

Visitation will be held on Wednesday, November 16 from 5:00-7:00 p.m. with a prayer service at 7:00 p.m. at Schoeneberger Funeral Home. Visitation will resume on Thursday, November 17 from 10:00-11:00 a.m. followed by the funeral service at 11:00 a.m. at the Vergas United Methodist Church. Pastor Ray Sherwood will officiate. Burial will be held in Lakeside Cemetery, Frazee.


To order memorial trees or send flowers to the family in memory of Mavis Roforth, please visit our flower store.