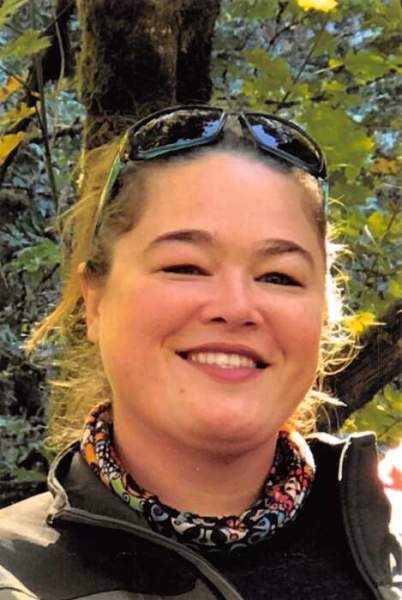 Megan Jo (Kremin) Esser, 38, after a three-year battle with leukemia, passed away January 12, 2022 surrounded by the love of her family and friends at her home in Perham, MN.

Megan was born August 26, 1983, at the Redwood Area Hospital in Redwood Falls, MN. She grew up in Redwood Falls and graduated from Redwood Valley High School in 2002. During her school years she was always on-the-go playing the French horn in band, stopping slap shots as the goalie on the hockey team, playing Hearts with friends, and digging into animal care, crafts, and general mischief with her pals in 4-H. Megan excelled at academics, winning her middle school spelling competition and regularly bringing home A’s. She had a natural affinity for Spanish and traveled to Costa Rica on a school trip in 2001. Despite her penchant for success, and the hard work that came with it, she always had time for her less academically inclined friends and classmates, helping them with homework and always displaying kindness and generosity, a theme which carried throughout her lifetime.

Megan met Sam Esser in the early 2000’s, likely during one of her shifts at Taco Johns. The pair instantly hit it off, sharing their love for the outdoors, collecting beta fish and just generally having a good time. They married on July 7, 2007, in Perham and built a life together in the Detroit Lakes area. She worked as an LPN at The Frazee Care Center from 2004 to 2011 and then Oak Crossing in Detroit Lakes for eight years. She loved her job and was a source of compassion and laughter to residents and coworkers alike.

An enthusiastic adventurer, Megan could often be found camping, fishing, hiking, traveling to parks and places unknown or planning her next excursion. When she wasn’t on a trail or boat, she would take adventures through the pages in books and, of course, would pass along the best titles to anyone who may be interested.

She enjoyed speaking her mind and had a joyous and bright disposition. As such, she was often surrounded by a boisterous crew, the type who would sit around a campfire to the wee hours of the morning trying, often unsuccessfully, to avoid a noise complaint. Though occasionally a bit too loud, she was a wonderful neighbor who pulled people into her life and made them her family.

Megan valued family and friends above all else. It was her nature to build deep, meaningful and lasting relationships and take care of her people with a generosity that knew no bounds. She was kind, witty, supportive, and genuine. Her laugh was infections and she often giggled in uncomfortable situations. She was everything you could ask for in a friend.

Megan was preceded in death by her father, Roger Kremin.