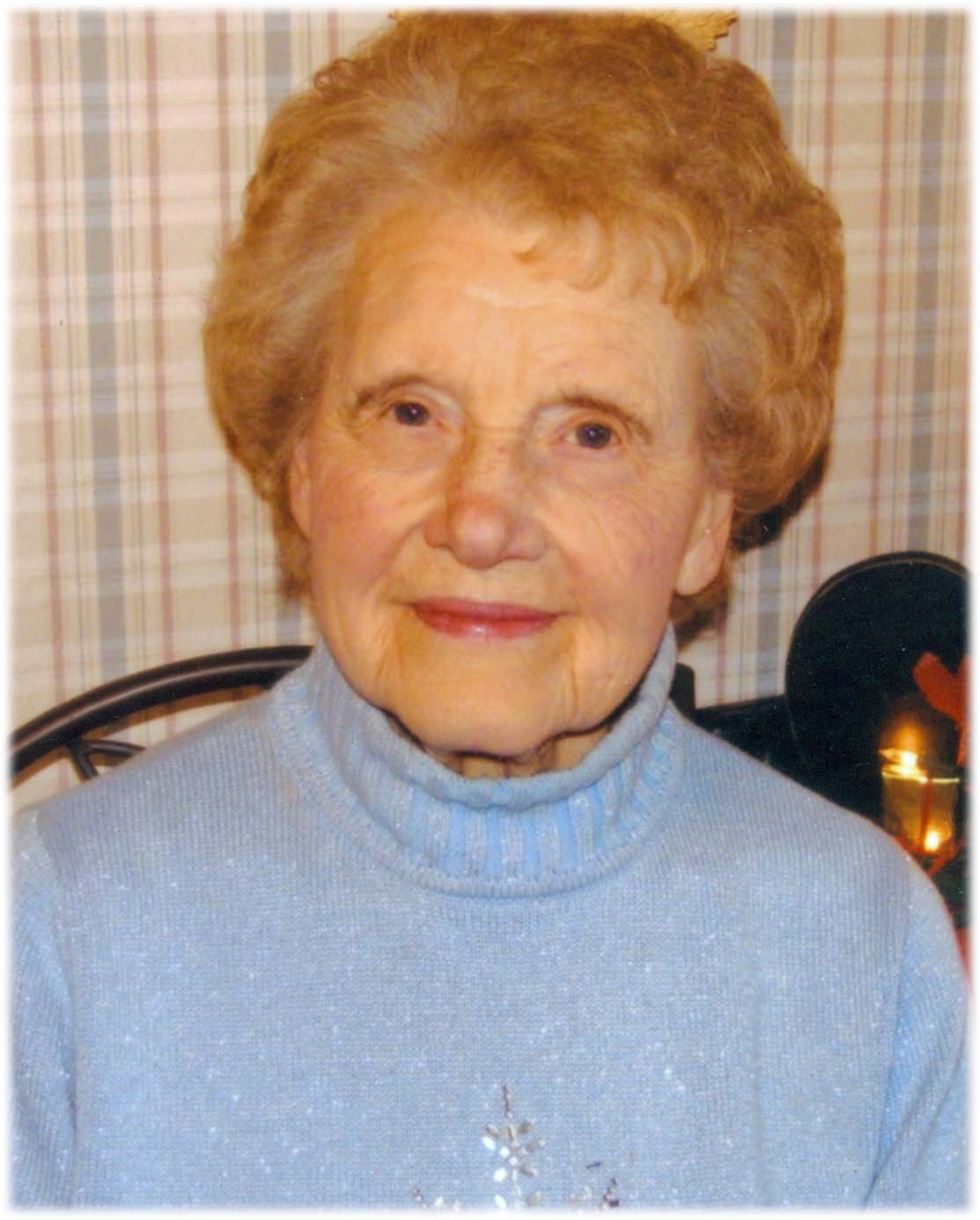 Melba T. Stumbo passed into the presence of her beloved Lord and Savior Jesus Christ on December 14, 2015. She had long anticipated this day of going home to Glory.

Melba was born on March 7, 1919 to Andrew and Mary Smith in Forest City, Iowa. She was the fifth of ten children. Melba was 9 years old when she attended an evangelistic service with her father and invited Jesus into her heart. She spent the rest of her life serving Him in many ways.

In order to obtain a high school education, Melba had to leave home at age 14 and work as a live-in housekeeper. She graduated with honors from High School. She worked as a maid in Clear Lake, Iowa until her brother Glenn persuaded her to attend Northwestern Bible College.

She graduated from Northwestern with a B.A. Degree in Christian Education. That summer Melba taught Vacation Bible Schools at several Minnesota churches which is how she met Rev. Paul Stumbo.

Paul and Melba were married on September 1, 1941. They served in 9 churches throughout Iowa, North Dakota, Wyoming and Minnesota. In addition to having an active role at the Monticello Alliance Church, Melba enjoyed a successful career selling Tupperware. They moved to Montana in 1976 when Paul became the District Superintendent of the Rocky Mountain District. After his tragic death in 1987, Melba continued to make Billings her home for the next 20 years. She was very involved at the Montana Rescue Mission and First Alliance Church, with a special love for discipleship, missions and prayer. In 2007, she moved to Perham, MN and enjoyed the new friendships she developed and many wonderful times with children and grandchildren.

Melba will be remembered for her hard work, wonderful cooking, embroidered dish towels, and garage sales. But most of all she will be remembered-and deeply missed- for her commitment to prayer; praying daily for each of the 91 members of her family by name.

Melba was preceded in death by her husband, Paul Stumbo; her parents, Andrew and Mary Smith; her brothers, Lloyd, Harold, Glenn and Merle; and her sisters, Lucille and AnnaMae. Melba's Memorial Folder
To order memorial trees or send flowers to the family in memory of Melba Stumbo, please visit our flower store.