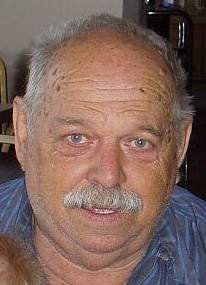 Michael was born in Moorhead, MN on January 3, 1937, to Glen and Nora (Christianson) Scouton. He attended school in Barnesville, MN, and joined the United States Air Force at age 18. He spent much of his active time in Alaska as a material clerk. After an honorary discharge, Mike returned to Barnesville where he did construction in Fargo/Moorhead and worked on a crew installing highline poles across North Dakota.

In 1972, Mike bought Rocky’s Resort on Star Lake with Steve Kunz. He served many people at the resort during his 27 years of ownership. In the evenings he enjoyed time with his beagles, and when he was able to get away, he vacationed at his cabin in Montana. Hunting and fishing were also pastimes enjoyed by Mike. Steve’s family became Mike’s extended family over the years, as his brothers lived in California and Washington.

After retiring in January of 1999, Mike spent most of his days in his shop and outside building fish houses and trailers, making and carving many things, spending time with his dog Rodger and attending auctions. He loved to buy and sell guns, antiques and other various treasures.

Preceding Mike in death were his parents; brothers, Glen of Redding, CA and Wally of Spokane, WA; and nephews, Wally Jr. of Spokane, WA and Roch of San Diego, CA. Michael's Memorial Folder
To order memorial trees or send flowers to the family in memory of Michael Scouton, please visit our flower store.