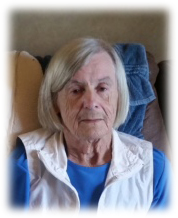 Mina worked at the Salvation Army in Henning, MN for 14 years and was a four-time Volunteer of the Year Award winner. She enjoyed rummage sales and bargain hunting. She’ll be remembered as a “good shopper.”

The funeral service will be Saturday, July 29 at 11:00 a.m. at Schoeneberger Funeral & Cremation Service. Visitation will be held one hour prior to the funeral. Burial will be in Zion Cemetery, Bertha, MN. Pastor Lauryl Ivers will officiate.

To order memorial trees or send flowers to the family in memory of Mina Suhl, please visit our flower store.