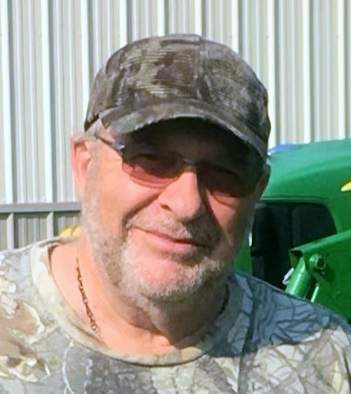 Myron Floyd Whitney, age 75, passed away on January 24, 2021, in Fergus Falls, MN. He was born to Ellis Whitney and Clarice (Beckett) Whitney on April 12, 1945, at the Perham Hospital. Myron grew up as the youngest of two brothers, both treasured and teased by eight sisters. His family farmed in the Richville area. When the farm chores were done, he spent his free time roaming and enjoying the outdoors with cousins and friends. Myron graduated from Perham High School in 1963, married Linda Scheiding in 1965 and was drafted into the Army Reserves. Upon returning home, he started farming just a few miles from the home farm and raised a family. In addition to farming, he was a baker at the Perham Bakery for many years.

He was well known for his keen sense of humor, storytelling, and love of pranks. Myron also had the ability to make friends anywhere. If you didn’t know Myron, that didn’t last long. He could strike up a conversation waiting in the checkout line and come away with new friend. An avid outdoorsman and amateur naturalist, he was passionate about hunting, rock collecting, gardening, history, and growing food plots for the wildlife on his farm. He could also proudly predict weather events to the minute, with an accuracy that often surpassed the most trained meteorologist. He loved spending time with his grandchildren and nieces and nephews, passing on his knowledge to the younger generations.

A visitation will be held on June 25, 2021 6:00 – 8:00 p.m. with a Celebration of Life Service at 7:00 p.m. at Schoeneberger Funeral & Cremation Service.  A private family interment will be held at a later date at the Richville Village Cemetery. To order memorial trees or send flowers to the family in memory of Myron Whitney, please visit our flower store.