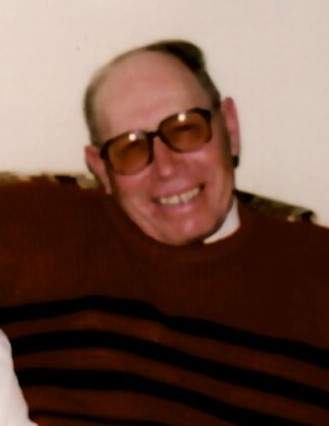 Oscar James Kawlewski, 91, of Ottertail, Minnesota, returned to the arms of his Lord on March 18, 2021 at Good Samaritan Society Nursing Home where he peacefully passed. Oscar was born on May 17, 1929, the son of Otto and Anna (Weber) Kawlewski. He met and married the love of his life, LaVonne Irene Kunza. God blessed Oscar and LaVonne's union with eight children: Sally (James) Lawien, Larry Kawlewski (Eileen Kusick), Terry (Debbri) Kawlewski, Joan Nelson, Therese (Joe) Lachowitzer, Thomas Kawlewski, Barbara (Dean) Pearson, and Geralyn Lindberg. They were also blessed with many grandchildren and great-grandchildren. Oscar was a man of faith who believed in his God, a farmer who worked hard to support his family and a man of excellence in all he did. From his earlier years on, he will be remembered as a great baseball player. He loved the game!! He was a center fielder with an amazing arm and a very strong bat. He also loved music. He started off at the age of five in their family orchestra on the base violin and later played the banjo. Music was in the house!!! And last but not least, he loved to dance, and his favorite dance was the polka. He was great at it. Oscar was a really good man who took pride in all he did. Now his family takes great pride and remembrance in him as our great father and grandfather and in his great love for all of us. We want to thank, from the bottom of our hearts, the Good Samaritan Society who took him under their arms and into their hearts and cared for him so deeply. May you Rest in Peace Oscar James Kawlewski.

He is survived by his eight children; his numerous grandchildren and great-grandchildren; and his brother Tony Kawlewski.

Walk-through visitation will be 5:00-8:00 p.m. with a rosary at 6:40 and parish prayers at 7:00 on Sunday, March 21 at St. Henry’s Catholic Church in Perham. Visitation will resume beginning at 10:00 a.m. followed by the Funeral Mass at 11:00 on Monday, March 22 at St. Henry’s Church. Burial will follow in St. Lawrence Catholic Cemetery near Perham. Oscar's Memorial Folder
To order memorial trees or send flowers to the family in memory of Oscar Kawlewski, please visit our flower store.