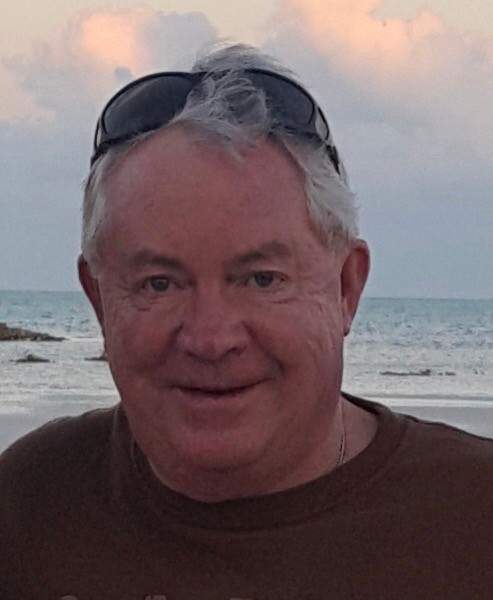 Patrick “Pat” Prunty passed away on Wednesday, March 4, 2020 at Sanford Health in Fargo after battling an aggressive stage IV lung cancer. He was surrounded by his family and closest friends.

Pat was born February 7, 1952 in Aberdeen, South Dakota to Ed and Bette Prunty and was the oldest of eight siblings. A typical farm boy, Pat developed a love for horses and the outdoors early on. After graduating high school, he attended the University of MN in Minneapolis where he met his wife of 45 years, Connie. They were married on August 23, 1975 in Elbow Lake, Minnesota. Together they raised three children, Sarah, Brian, and Teresa.

Pat started and ended his 38-year career with the public accounting firm, Deloitte. He rose up through the ranks from audit staff to managing partner, holding varying roles at both the local and national level. He sat on the boards of the Otter Tail County COLA (Coalition of Lake Associations), Eagle Lake Lakeshore Association, Vergas Trail Committee, and was active in the Young Men’s Downtown Association in St. Paul (although we’re not sure how 68-year-olds were allowed in). In his younger years he was involved in Big Brothers, Toastmasters, and Boy Scouts.

In his spare time, Pat was a “putzer.” He enjoyed working on his hobby farm in Dent, Minnesota and could truly fix ANYTHING. In addition to completing projects and working on his land, he definitely enjoyed his retirement toys; like his 4-wheelers, Argo amphibious vehicle, skid steer, dump trailer, tractor, boat, and decked-out fish house.

You would rarely find him happier than at his lake home on Eagle Lake. If he wasn’t fishing, taking cocktail cruises, or pulling kids behind the boat, you would find him sitting quietly by the bonfire admiring the view with a glass of red wine in hand. And never one to shy away from a challenge, Pat started snowboarding in his 50s and was affectionately known as “Gray on a Tray.”

He was a family man and loved having everyone together on annual vacations, 4th of July celebrations, and many other occasions throughout the year. He was well-traveled and enjoyed yearly fishing trips in Canada with friends.

Surviving Pat is his wife, Connie; his daughter Sarah (Jereme); his son Brian (Sarah); his daughter Teresa; and six grandchildren London, Jenner, Luke, Levi, Jesse, and Liza. He was preceded in death by his parents and sister Pam.

Pat was a man of few words, but when he spoke, you wanted to listen. His wit and storytelling will be truly missed by all who knew him.

In lieu of flowers, memorials are preferred to the Salvation Army or Heifer International.

Visitation will be from 5:00-8:00 p.m. on Thursday, March 12 at Schoeneberger Funeral & Cremation Service with a prayer service at 7:00 p.m. Visitation will continue from 1:00-2:00 p.m. followed by the memorial service at 2:00 on Friday, March 13 at the Perham United Methodist Church. Pastor Amy Strom will officiate. Light lunch and fellowship will follow the service at the church.

For those in need of a hotel, the family recommends: Patrick's Memorial Folder
To order memorial trees or send flowers to the family in memory of Patrick Prunty, please visit our flower store.