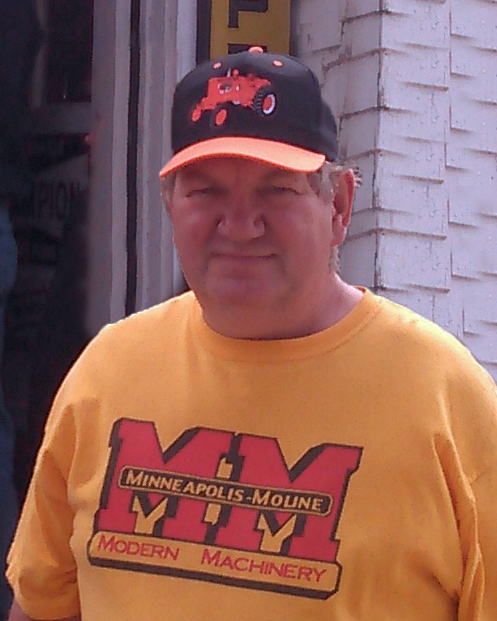 Paul Thomas Delaney was born in Perham on September 6, 1956 to Joseph and Carrie (Hendrickx) Delaney. He died at his home on September 23, 2020. He was 64. He suffered for years from restless leg syndrome that did not respond to numerous medications.

Paul grew up on the family farm near Perham the 8th of 14 children. This is where his love for farming began. Paul graduated from Perham High School in 1974. He worked at Tuffy’s Pet Foods in Perham for over 40 years. He met his beloved life partner Carol Jean Wogiskoski around 1987. They acquired their beautiful farm shortly after. They rescued every stray that came along including baby squirrels and added those to their farm menagerie. Paul collected and refurbished old farm machinery (especially Allis-Chalmers), snowmobiles and motorcycles. He was very proud of his WWII era Norton motorcycle. He was an extremely talented, artistic craftsman who could make parts that could not otherwise be found. He loved his old rock music and spending time with his family. He hosted several rousing barn dances which included hayrides pulled by his Allis Chalmers tractors. He lost his beloved Carol in 2016 and he missed her terribly. Although he did not get a chance to fulfill all his travel dreams, he cherished trips to Las Vegas and California with those he loved. In recent years, he was enjoying photography. He was best known for his kind generosity, gentle spirit and willingness to always lend a hand. He gave the BEST hugs! Paul's Memorial Folder
To order memorial trees or send flowers to the family in memory of Paul Delaney, please visit our flower store.