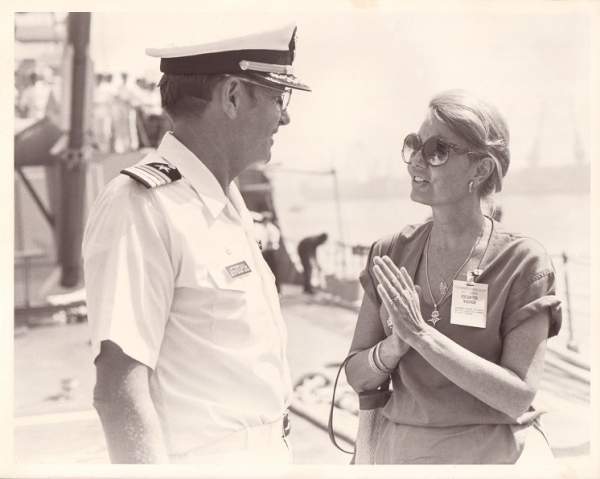 Phyllis Antonsen Simon was the life of the party. People who met her were always impressed. She had style, grace and knew how to make people feel comfortable. She could talk to anyone of any age or social status.

As she would tell you, she came from simple roots. The oldest daughter of Dewey and Florence Antonsen, living as country gal who did her turn herding cattle, collecting eggs and general farm chores, she remembers the good times and the bad. She remembers living through the great depression, where her family lost the farm, had hard times and did without. But she was never bitter and these experiences did not depress her spirit but gave her a desire to seek a different life.

Near here she met a crazy young man, named Roger Simon, who would take her dancing, drive her in his car too fast and generally sweep her off her feet. But of course she never let on that she was impressed. He had to work for her affection. After Roger moved away they wrote letters for years and would see each other on occasion when he would come back to Minnesota. Their on again, off again, love affair lead Roger to perform one more desperate act to get a commitment from Phyllis. He sent her a one way ticket to Washington DC to visit him and his parents. Well it worked; she took a chance and they were married soon after.

With Roger (now a sailor in the Navy), her adventures began. As a Navy wife she was left alone to raise the children, run the finances and in general keep the home fires burning. Phyllis did a lot out of necessity. Such as learning to drive, for years she took the kids to the beach by driving one direction at the same time every day. She learned to cook, appetizers and casseroles where her go to foods. She learned to sew – made her evening gowns. Her creativity and tasteful eye, also allowed her to be successful outside the home.

She remembered her modeling days in Monterey with fondness. Her experiences in Italy and Morocco gave her a larger understanding of the world and influenced her views about human condition. She enjoyed taking the other side of an argument, whether she believed it or not. She had many friends that she keep for many years.

She loved her family, not only her immediate children but her siblings, cousins, grandchildren and Roger's extended family. She also loved Roger. Her bet on him paid off. She got the life she longed for with a mate who adored her.

Phyllis always light up a room. Her presence in this world will be missed.