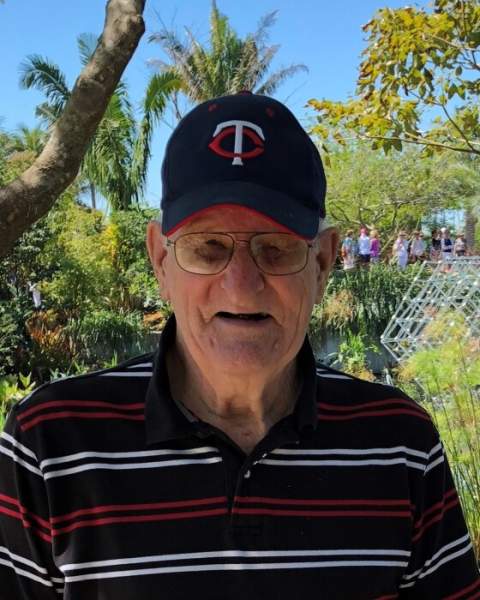 Raymond Michael Guck, age 85, went home to be with his Lord on May 26, 2022. He was born September 27, 1936 in Perham to George and Clara (Ledermann) Guck. Ray attended St. Joseph’s country school and graduated from Perham High School in 1954. On September 5, 1966, Ray was united in marriage to Rose Sazama.

Ray farmed the family farm and later worked for the lumber yard in Perham until his retirement. Being a people-person, Ray worked part-time for Ace Hardware but took great pride with being a Perham International Turtle Race official for many of his retirement years.

Ray was a member of the Knights of Columbus and an active member of the Sacred Heart Catholic Church. He enjoyed watching the Minnesota Twins and Vikings, fishing, traveling across the country with Rose, and most importantly spending time with his children, grandchildren, and great-grandchildren.

Preceding him in death were his parents George and Clara; wife Rose; brothers Lawrence, Paul, and Henry; and sisters Elizabeth Laughlin and Bernice Laughlin.

In lieu of flowers, donations may be made to local healthcare facilities supporting the care of cancer, stroke and hospice patients. Ray’s family is thankful for the beautiful individuals who cared for him in his final days.

Visitation will be 5:00-8:00 p.m. with Parish Prayers at 7:30 on Wednesday, June 1 at Schoeneberger Funeral & Cremation Service in Perham. Visitation will resume beginning at 10:00 a.m. followed by the Funeral Mass at 11:00 on Thursday, June 2 at Sacred Heart Catholic Church in Dent. Private interment will be in St. Joseph Catholic Cemetery near Perham.

To order memorial trees or send flowers to the family in memory of Raymond Guck, please visit our flower store.