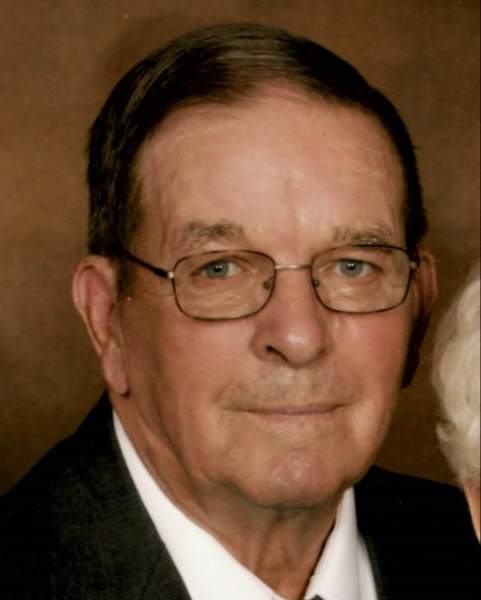 He was born on September 29, 1928, in Corliss Township. His parents were the late Emil and Eliza (Ramsay) Meier. Ray was baptized and confirmed at St. John’s Lutheran Church, Corliss. He attended school in District 242 in Corliss township. Ray worked on the family farm and later worked as a mechanic at the Midland CO-OP station, Tuffy’s Pet Foods, and Land O’ Lakes for a total of 31 years. He also frequently took on extra jobs caring for properties and building docks around Little Pine Lake.

Ray was united in marriage with Vera Wiebe on August 14, 1954 at St. John’s Lutheran Church in Ottertail. They were blessed with two daughters, Judy and Karen. In 1957, the Meiers literally moved their house from the farm to a property bordering Little Pine Lake, where they lived for 57 years. Ray enjoyed caring for his yard and garden, where he especially enjoyed growing onions and sharing them with family and friends.

A Visitation will be held at Schoeneberger Funeral Home from 4:00pm-7:00pm on Thursday, September 30, 2021 with a Prayer Service to follow at 7pm, and Burial at 11:00am on Friday, October 1 at St. Paul’s Lutheran Cemetery in Perham.

To order memorial trees or send flowers to the family in memory of Raymond Meier, please visit our flower store.
Open